In the early '30s, the State Railways began recording a rapid and dramatic collapse of freight and passengers' traffic. Among the measures taken to encourage an increase in movement of travelers, stood out that of holidays' trains, represented by trains departing from the densely populated areas of the kingdom towards most major tourist areas of the country, which were characterized by a reduced ticket price until 80% of the initial cost. The idea of holidays' trains became one of the most important initiatives undertaken by the fascist regime in order to organize the leisure of the popular masses. In this work we have aimed to highlight the social significance of this innovative initiative and the impact that it had on public opinion thanks to a clever advertising campaign. In addition we have focused on the complex organization needed to support the firm and the difficulties, including economic ones, that the railways had to overcome to ensure, every summer, the success of itself. 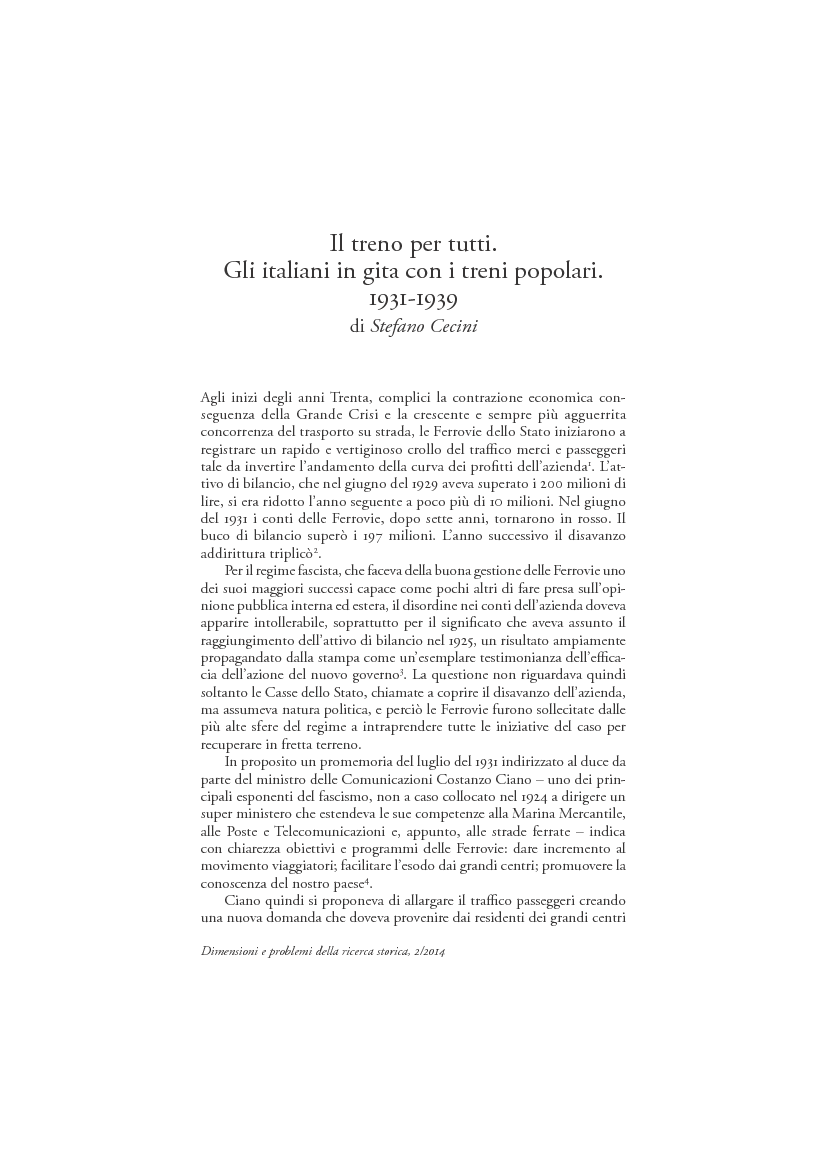