The land outside the walls favored domestic transformations of the local aristocracy: from indoors for wartime defence it evolved in time of peace into green parks, where the aristocracy transferred its own values through signs and allegorical designs and transformed gardens into different symbols of family wealth. A significant case is that of Nicola di Sangro, a Neapolitan nobleman who began a religious career and was later appointed manager of family property by his brother Girolamo, prince of Viggiano, and after the latter's death became administrator of the estate of Giovan Battista, son of Girolamo. A lover of country life, he chose as his dwelling a farmhouse called de Respinis, located in Marano near Naples, where in the simplicity of the rural environment he preserves the cult of nobility heritage. The notary archives allow, via the route of the interior and the description of the garden, to grasp his taste for the antique and for plant architecture, that distracted him from the concerns of public life. 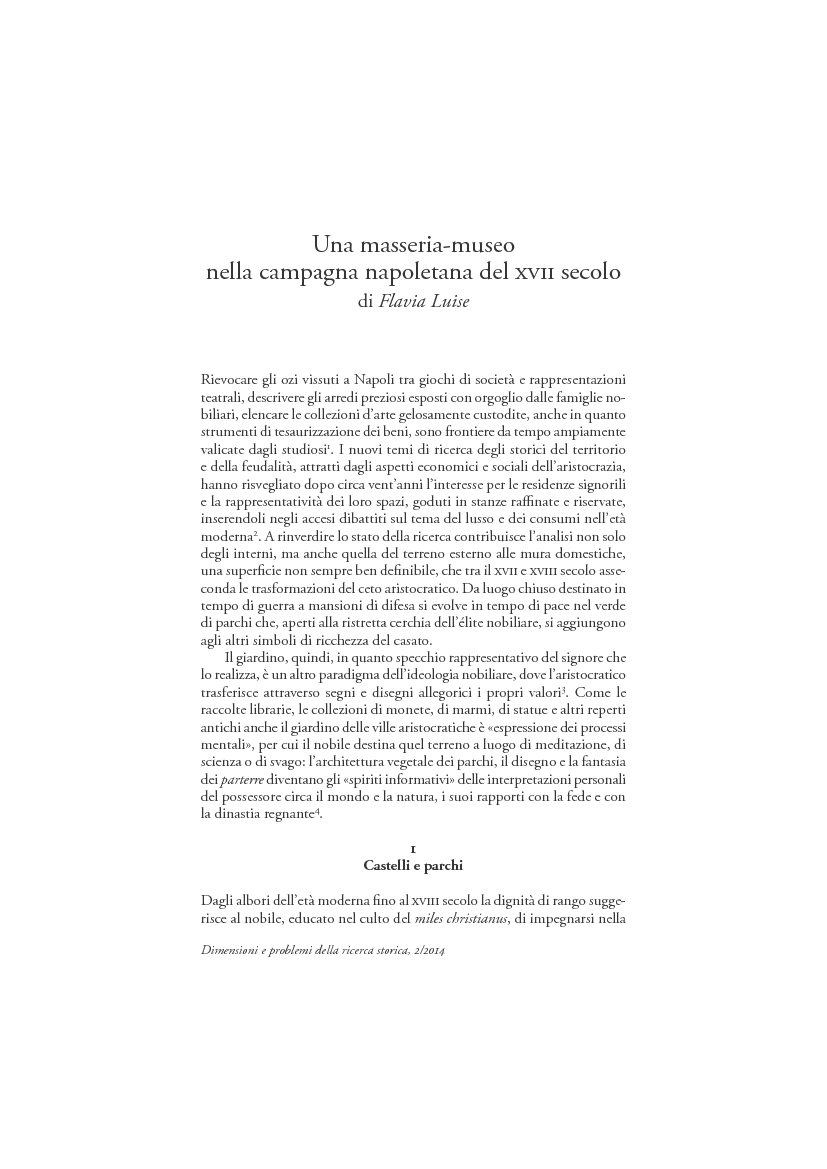