The article focuses on the gdr heritage in Berlin, analyzing the different processes that involved monuments, streets names and government buildings. After the gdr collapse its symbolic and material heritage was at the center of the public attention. Berlin had a key position: the East part was the gdr capital city till 1989, while, between 1990-91, the city returned to be the frg capital and the seat of the national government (instead of Bonn). The gdr memory issue was particularly controversial because it was closely related to the building of a reunified Germany identity. The question about what should be removed and what should be preserved revealed political cleavages and provoked conflicts. The decisionmaking process about the gdr heritage involved different actors: city government, federal government, civic associations and independent committees. The processes related to the gdr statues (above all on one side the removal of Lenin's statue, on the other the preserving of Thalmann's bust and of the Marx and Engels' statues) and the renaming of some East Berlin streets went on until 1994. Instead the controversy about the Palace of Republic lasted for many years and divided deeply West and East Berlin citizens. This Palace indeed was both the gdr Parliament seat and a cultural center, well known and visited by the former gdr citizens. The decision to tear down the Palace and to rebuild the baroque Castle (demolished by GDR in 1950) was at the core of the public discussion for years. The decision-making process regarding the gdr architectonic and monumental heritage reveals its symbolic role regarding the gdr collective memory and the reunified German identity 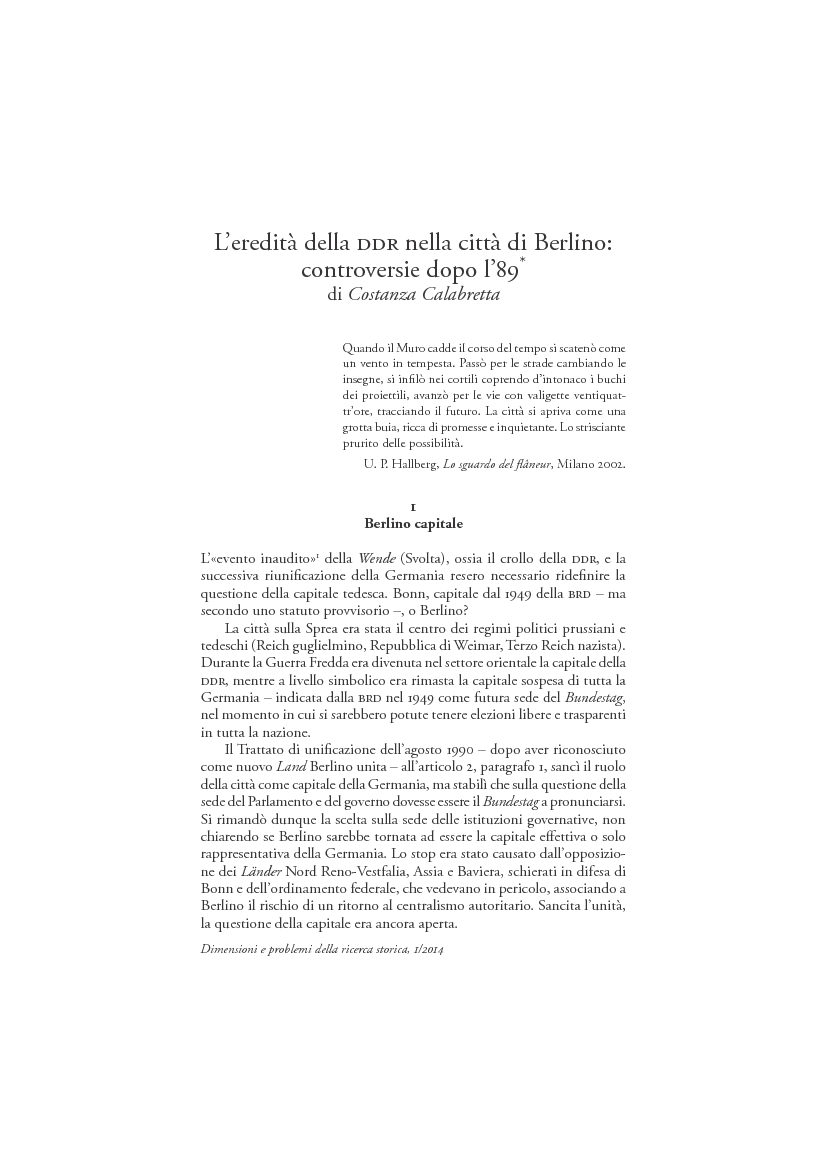