The early modern relationship between the Spanish Monarchy and the old Swiss Confederation was essential for two reasons: on the one hand, in the geo-political strategy of both, the Habsburgs and the King of France, the territory of contemporary Switzerland belonged to the most important areas. On the other hand, the Swiss Cantons provided mercenary soldiers for the Spanish armies and were one of the most important commercial partners of Milan. In Spanish and, although to a lesser extent, in Swiss historiography the early modern relationship between these two partners has never been a matter of particular interest. This might be due to the traditional focus of diplomatic history on relations between impersonal, "sovereign States" - a focus that obscured to a significant degree the complexity of this relationship. In the first decade of the Twenty-first century, diplomatic history has generally shifted the focus from "State-diplomacy" to the role individuals played in diplomatic negotiations. In contrast to the structural forces that earlier diplomatic history had emphasized, this new approach centers on agency and interpersonal networks and relationships. Considering these new approaches to the history of external relations policy, the present article focuses the diplomatic representatives such as ministers and ambassadors. First, the article will offer an overview of the Spanish-Swiss relations at the end of the Seventeenth century; secondly, an approach to understand the forms of (individual) representation of the Swiss Cantons at the Spanish Court will be given. 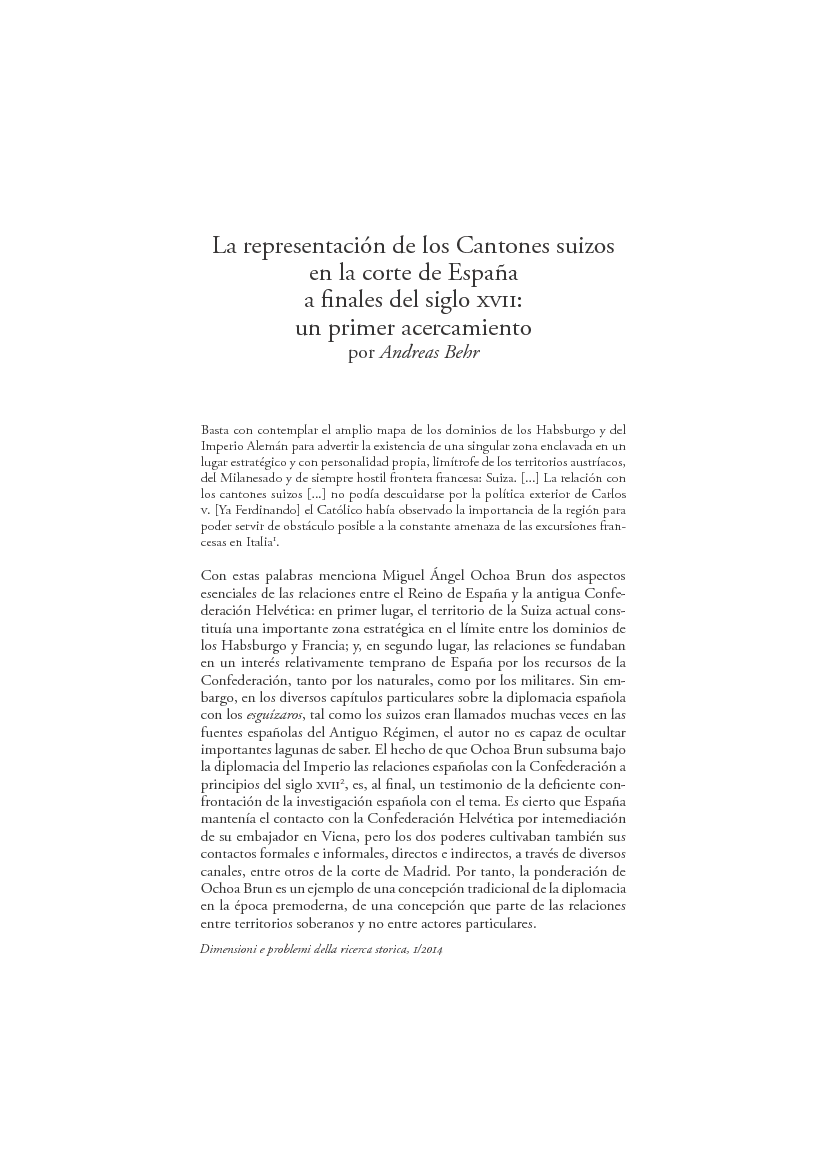