Apart from the powerful dynastic States and their ambassadors, who dominated diplomacy in the course of the Seventeenth and Eighteenth centuries, there was a wide range of smaller and seemingly less powerful actors who were involved in the field of foreign relations. A notable case is that of the Hanseatic League, a confederation of commercial cities whose origins can be traced back to the Thirteenth century. In the early modern period, the Hansa faced a series of serious economic and political difficulties. However, without being a State in the modern sense of the word, the Hanseatic League continued to perform in State-like ways in the field of foreign relations. Apart from establishing a consular network that encompassed the most important trading port cities of the Iberian Peninsula and the western Mediterranean, the Hanseatic cities also appointed diplomatic representatives to the principal European courts. The article examines the diplomatic practice of the Hanseatic representatives at the Spanish Court, pointing to common features, such as their relatively low prestige within court society and the insufficient revenues that they shared with the representatives of other merchant republics. Although the Hanseatic cities were always concerned about the high cost of maintaining a resident at the Spanish Court, they continued to do so throughout the entire Seventeenth century. This decision was based not only on commercial interests but also on political calculations, since it was precisely the diplomatic and consular network abroad that kept the Hanseatic League alive as a politic body. 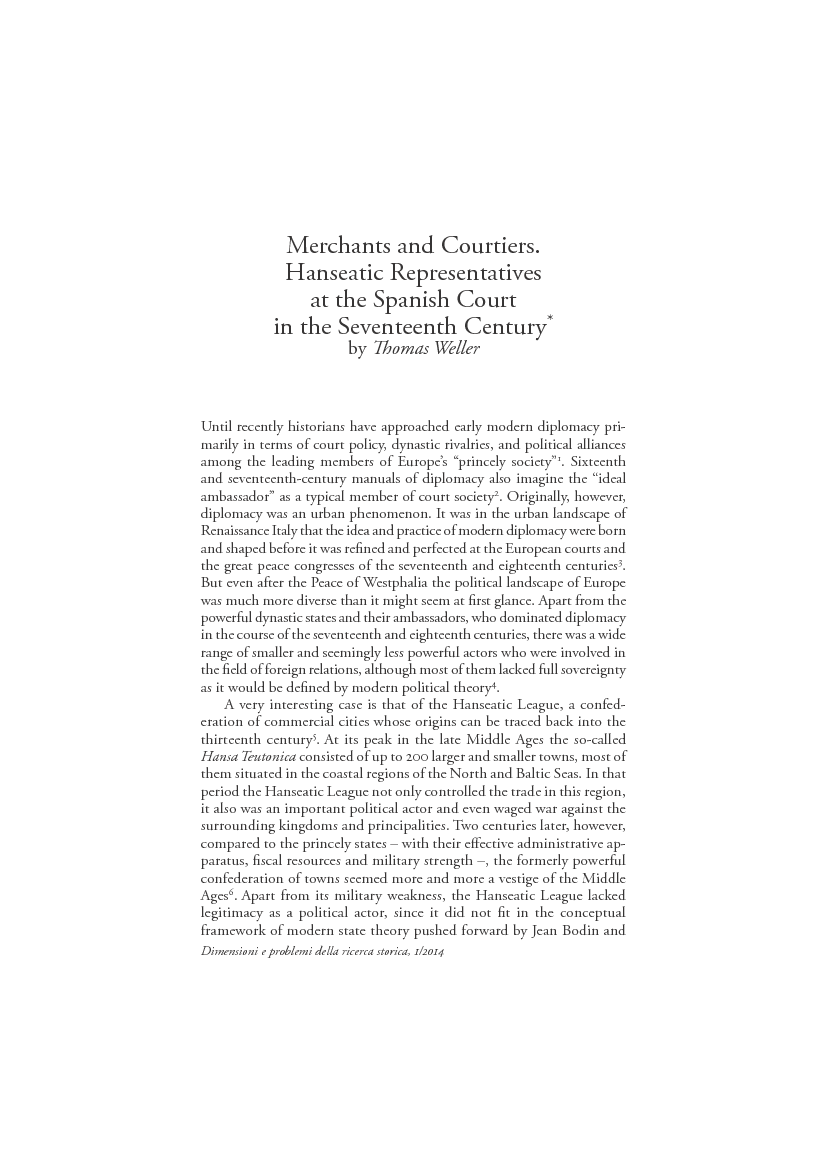