With this paper, I intend to reflect on the inner workings of diplomacy, networks of relationships and the flow of information in the early modern Age, in the light of recent historiographical trends that have led to a complete reconsideration of diplomatic history. Object of analysis is the politics of the Grand Duchy of Tuscany in its relations with the Spanish monarchy, as part of broader relationships between european States during the end of the Sixteenth century and the beginning of the Seventeenth century. First I analyze the ways to interpret forms of domination of the Spanish monarchy on Italian potentates, both internal and external to it: from the networks of relationships to direct rule, from the offer of offices in the ranks of the monarchy to the opening of the large "market" of marriages with members of high aristocracy. Secondly the ways in which the Grand Duke Ferdinand i de Medici (1587-1609) put in place political objectives and strategies, are considered by reflecting on his instruments and limits. Three are the aspects on which the essay particularly focuses: the construction of a dense constellation of Medici agents at the Spanish Court (not only ambassadors, but also agents, trusted men, informers and spies); the identification of channels through which to approach the high dignitaries in Spain (from artistic gifts to corruption); finally, the need to diversify as much as possible circuits of relationship, so as to obtain information from sources and channels alternative to the dominant ones. These different aspects are examined through case studies that highlight the centrality of these practices in the political strategy of a medium State as the Grand Duchy of Tuscany. 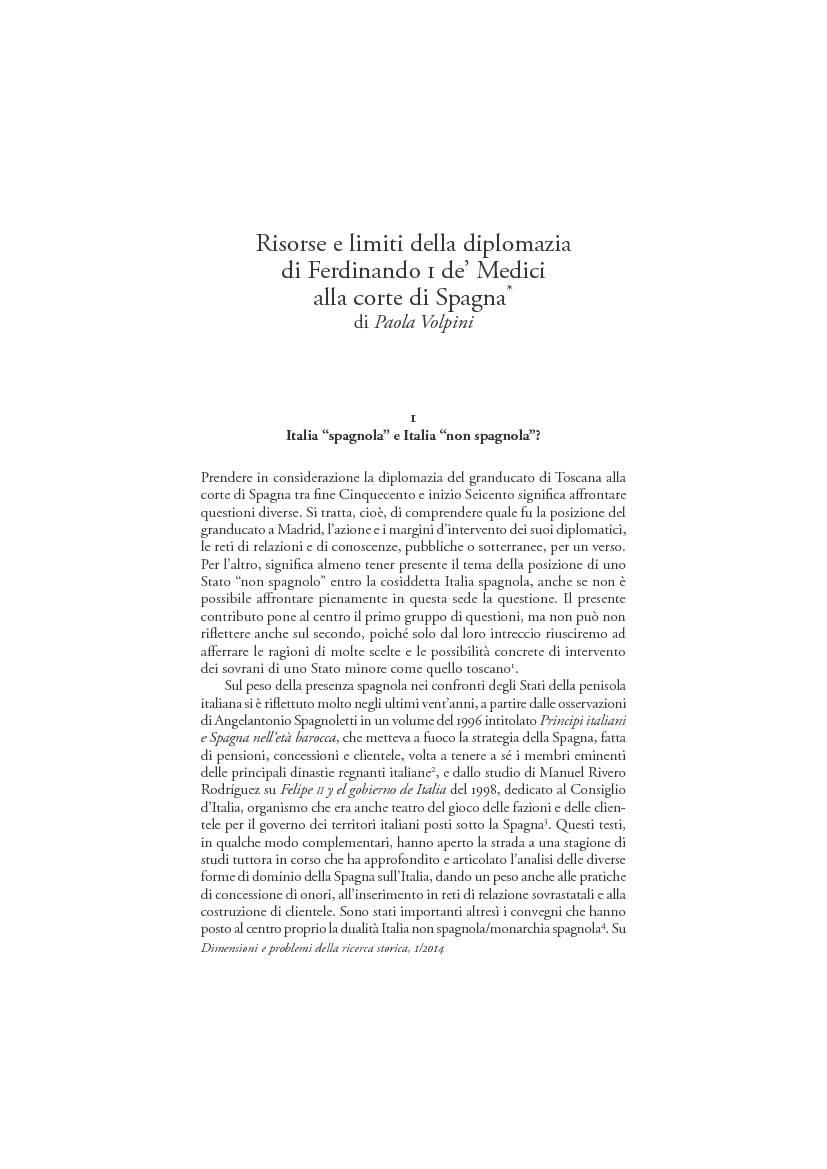