The article examines a form of communication between the Neapolitan Kingdom and the Spanish Court in the Sixteenth and Seventeenth century. In this dialogue between the "centre" and the "periphery", local political bodies aimed to present petitions directly to the monarch, through the practice of sending delegations of ambassadors or agents that complemented the actions of other figures (such as viceroys and high councils). Studying the diverse and frequent embassies sent by Parliament (after each assembly held until 1642) or by the city of Naples, we see that the nobility of the five Neapolitan "seggi" attempted to monopolise these diplomatic practices. On the other hand, viceroys tended in different ways to avoid the sending of new delegations that could criticize their government in Madrid. Of the numerous Neapolitan ambassadors, I focus on the case of the double delegation of Michele Cavaniglia, Duke of San Giovanni, who was in Madrid from 1641 to 1648 and from 1659 to 1660. From 1547 the Kingdom of Naples requested the presence of a resident delegate, or ambassador, at the Court, like those who already represented the interests of other kingdoms (such as the Milanese). The king temporarily approved this request in 1631, but it was only conceded firmly in the Eighteenth century, under the Hapsburg Austrian rule. The continuity of this communication throughout the two centuries of the Hapsburg Spanish dynasty facilitated rule and promoted the cohesion of the monarchy. 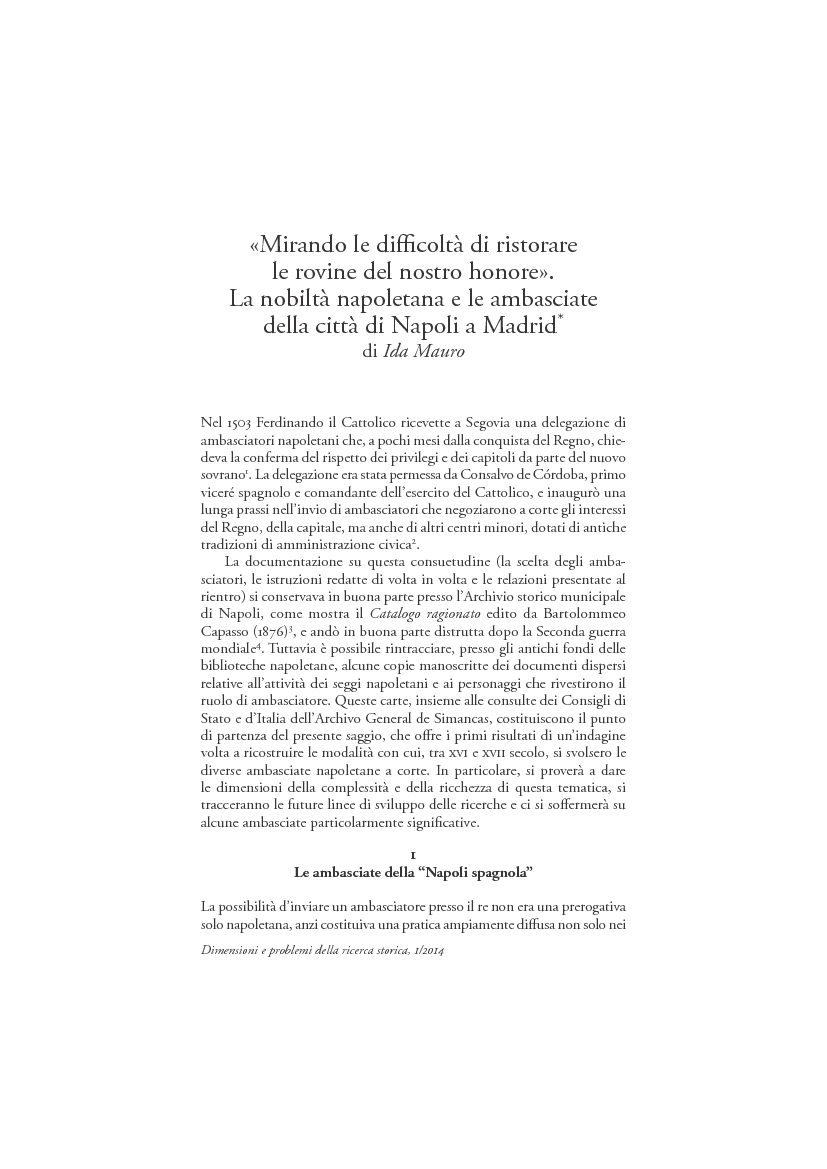