The article presents the first results of an on-going study into the social and urban consequences of the Calabrian earthquakes in the year 1783. It aims to investigate the strong and widespread unrest that racked Southern Calabria on the threshold of the Age of Revolutions, by connecting it to some governmental measures for recovery of the region after the cataclysm. The natural disaster, which destroyed approximately 122 towns, undermined social and political order in Southern Calabria; but at the same time, it gave the Government the opportunity to impose its own order on the region. e strategy for recovery involved a profound reorganisation of urban plans, ecclesiastical hierarchies and devotional habits, which could easily clash with the religious and social needs of local populations. But this somewhat simplistic scheme - the article argues - cannot adequately account for the widespread disturbances that peppered the country during the last years of the Eighteenth Century. Relying on judicial records of the "Cassa Sacra", the article focuses on some cities and villages (in particular Cortale, Serra, Sant'Agata di Reggio, Cutro) where public and religious life was notably a"ected both by the disaster and by the governmental measures. It intends to show that many clashes were the result of contrasting interests and strategies for social climbing of local players. In fact, while coping with emergency, individuals and groups tried to adjust to the new situation and to take advantage of measures implemented by the Neapolitan Government. In some places, the reorganisation of urban settlements led to splits of the community, tangibly represented by the physical secession of groups of residents. 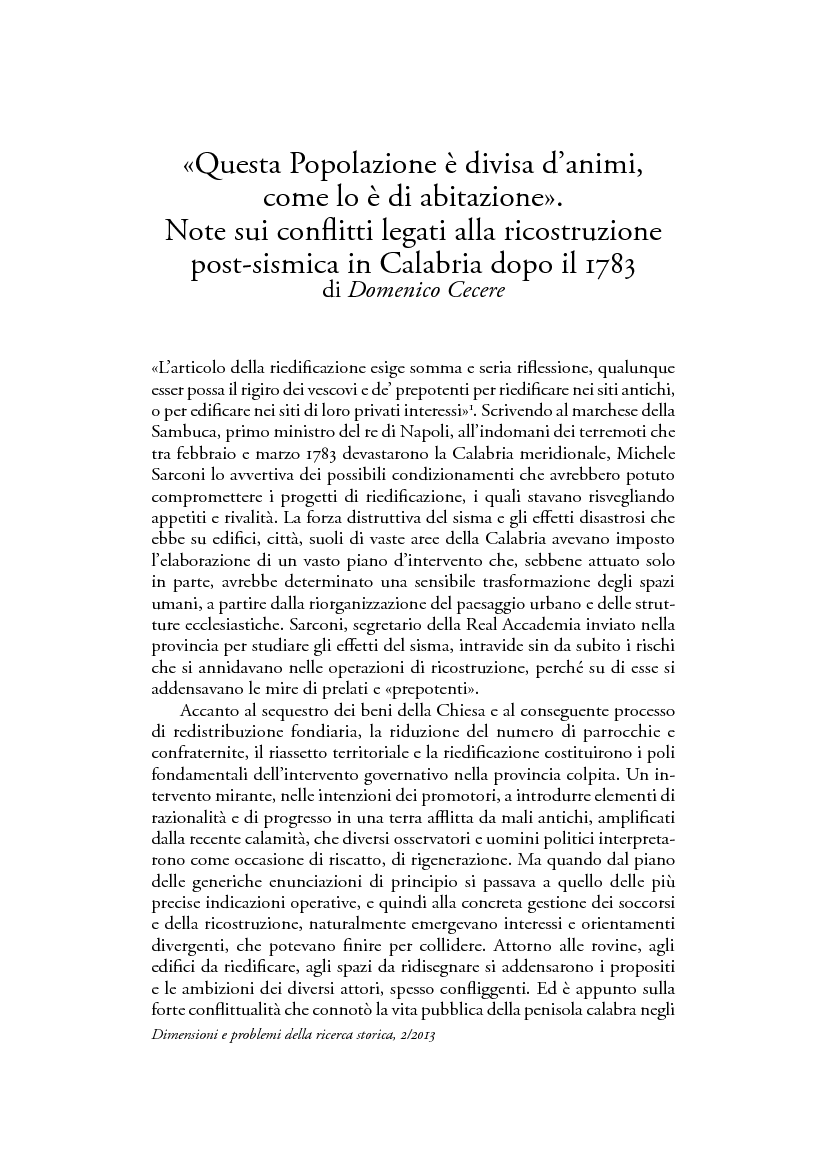