The House of the Catechumens in Rome (1543) represents a microcosm in which Jews and Muslims willing to be baptized came from Italy, Europe and the Levant throughout the Modern Age. Therefore it provides an important perspective in order to examine economic, cultural, physical and symbolic transfers and exchanges. Often, however, the actors in this multi-ethnic and multi-religious scenario were very ambiguous: thus they pose more general and broader problems to historians. The Muslims who pretended to have already received the baptism for being freed from slavery aroused the suspicion of reiteration of the sacrament and especially of apostasy, in the event that they had abandoned, even for a while, the new religion gained from the previous baptism. The Roman Inquisition dealt with and discussed these aspects, their doctrinal repercussions and the multiplication of crimes that they involved, often in collaboration with the House of the Catechumens, as demonstrated by the cases inquired. The most important things that emerges, from a general historical point of view, is the papal policy towards religious minorities and the role of Rome as a space for communication and exchange, in which the solution for the problem of religious otherness seems totally opposite to the Spanish policy of expulsions. 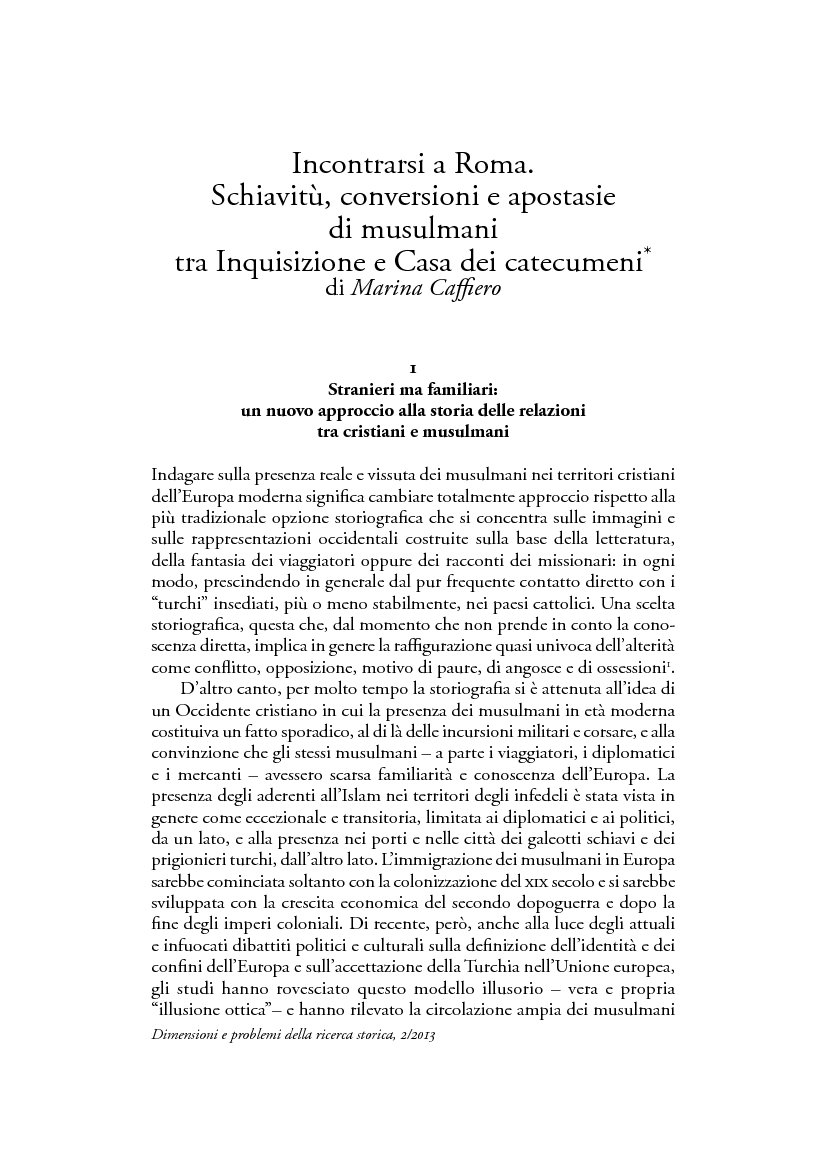