The object of this paper is to present a handful of documents in the Notaries' Registers of Rome related to the presence of slaves (domestic or not) in urban society between the end of the Fifteenth and the first decades of the Sixteenth Centuries ‒ up to now a topic almost entirely neglected for the Eternal City. Really it is impossible to trace a well-rounded outline of the phenomenon because of the paucity of the Roman documentation, which consists mostly in purchase agreements, but also includes an emancipation, a contract for loan of service on the part of a freed woman, a "pax" after the murder of a slave, and a compensation proposal for the rape of a slave woman and of a "famula". Therefore, after a brief general description of the origin, age and price of the slaves and of the social identity of their owners, the author concentrates particularly on female domestic slavery, that best documented in the dossier of documents. Some of the more relevant documents are published in the Appendix. 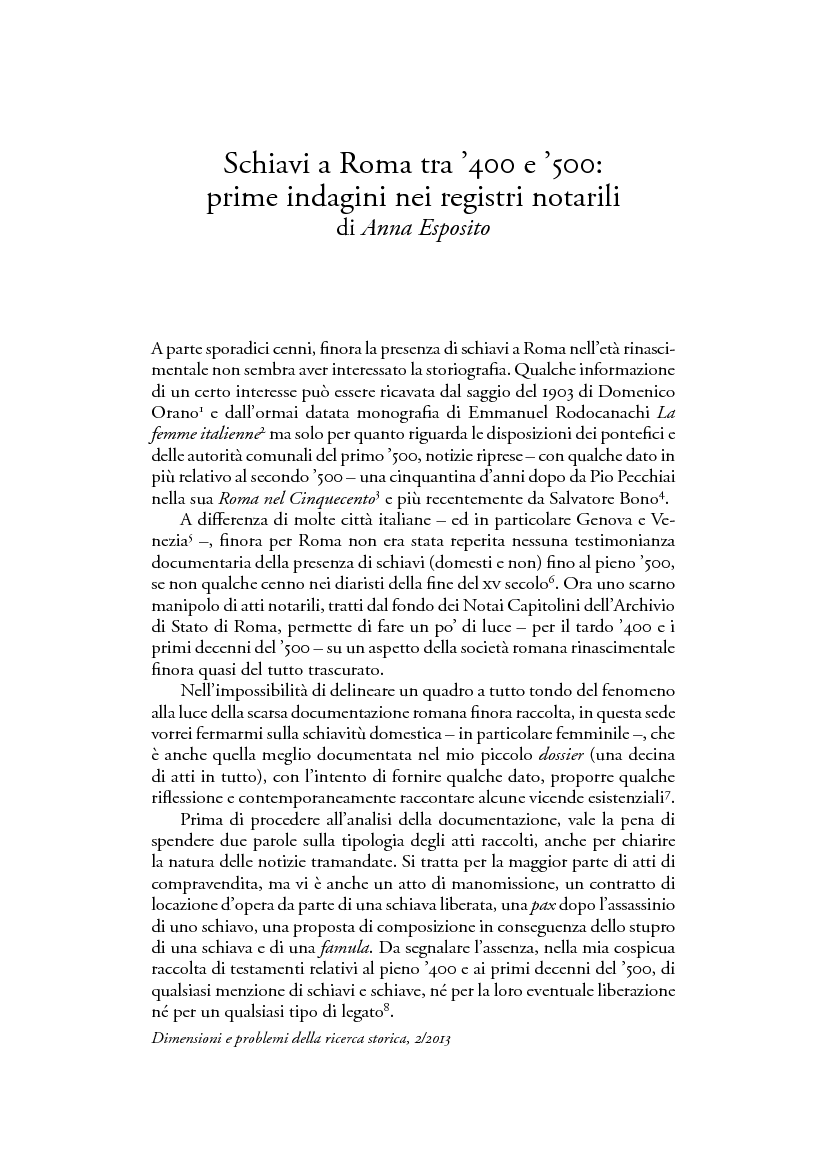