Francesco Giuseppe Borri (1627-95), as a controversial historical figure, could be considered similar to other adventurers and men of science of his time, but the circumstances in which he led his life, the wide spectrum of interests that engaged him, the religious tensions that animated him, his journeys across most part of Europe savante and the important cultural and political personalities that he encountered, give remarkable interest to his story. By comparison between the myth of him outlined by contemporary edited sources and entirely unedited trials conducted against him and his group of disciples, the â€œpelaginiâ€, by the Inquisition of Milan conserved at the archives of the Catholic Congregation of Doctrine of the Faith of Rome and others italian archives, it emerges a problematic figure, more complex than a mere impostor. According to his father Branda, famous doctor from Milan, and other witnesses, Borri was touched by an internal and melancholic suffering that lasted his entire life and that brought, when he was child, several exorcisms on him. From this point of view Borriâ€™s alchemical and medical experimentations, meant to heal suffering someone elseâ€™s, togheter with his religious torment and his tensions to reform Church and save entire World could be considered as expressions not only of his timeâ€™s angsts, but even symptoms of a certain difficulty in adaptation to social rules, differents sides of his elusive personality. 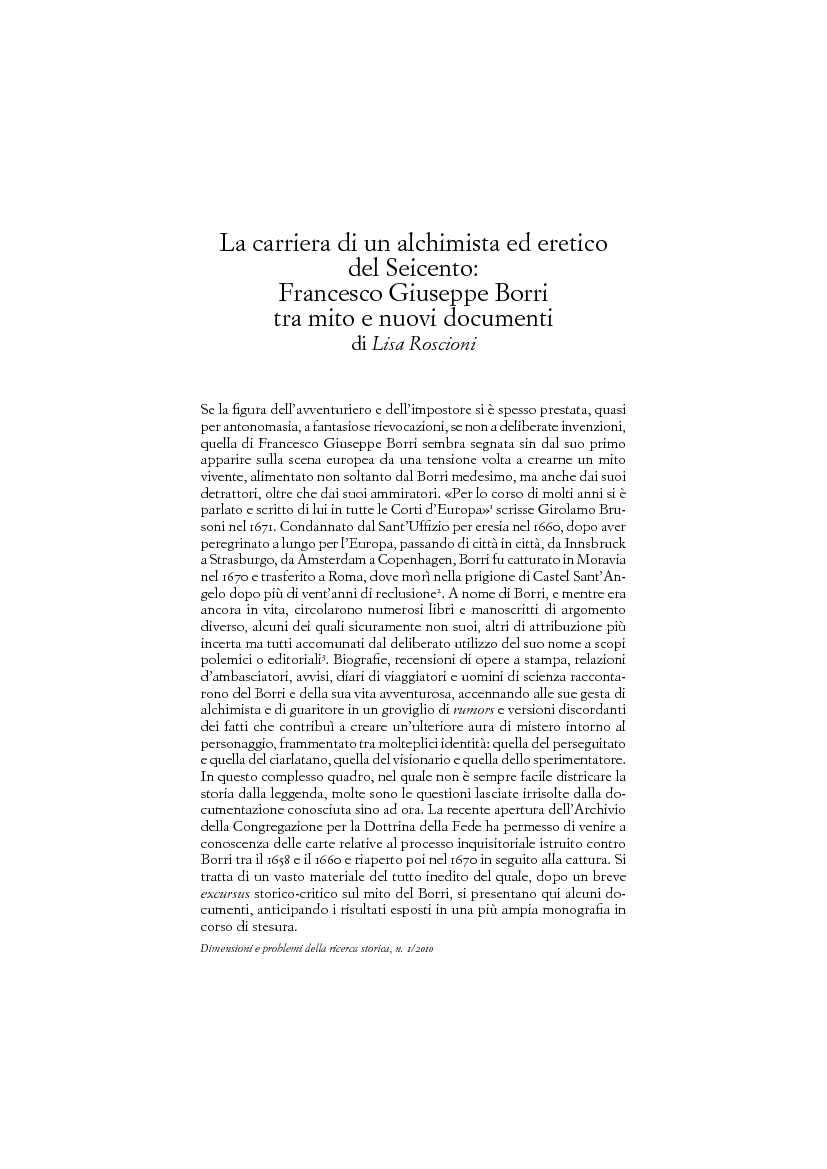