Starting in 1956, Following international and national events, a process of rapprochement developed within the Italian political system, between the progressive forces of a secular and socialist mould. In this particular context, the Community Movement, founded and led by Adriano Olivetti, promoted a series of actions aimed at building a new and broader Socialist Party. With the input of unpublished documents, the reconstruction of the events related to that experience can explain the significance of the contribution made by the CM to the first experiment of unification between the PSI and PSDI. In spite of the unsuccessful outcome, the project took shape as among the most important political actions coordinated by the Community Movement during the delicate political context of the second post-War period. 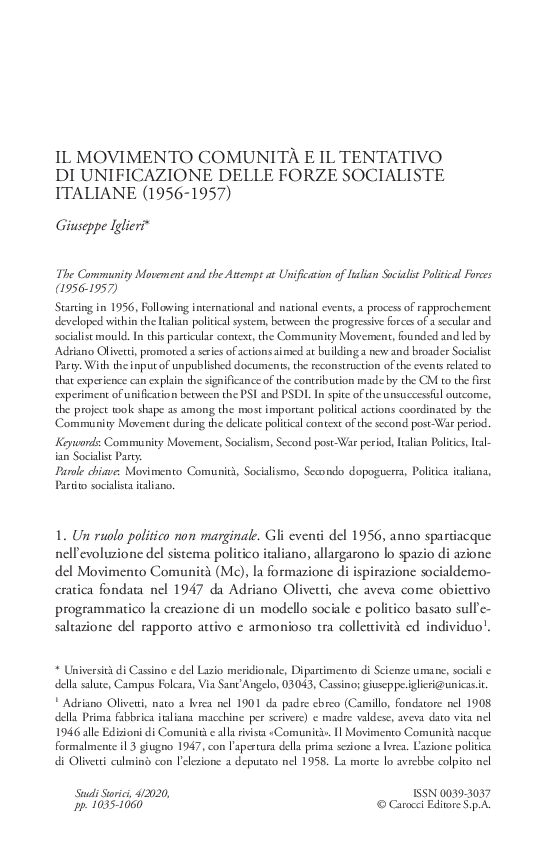