This text is an overview of the historiographical background to put into perspective political relations at the borders of the Italian regional states from the fourteenth to the sixteenth centuries. This discussion starts from the debate of the 1990s, when studies stressed the pluralistic constitution of pre-modern states. It takes into account the evolving research on Renaissance diplomacy and armies, political exiles and information channels, and it explores the micro-historical approach, international studies, and the new views on the history of passions and political languages. The aim is to go beyond official relations between states and to frame an open and complex set of territorial, personal, and financial interactions between central powers and local protagonists. A notable variety of subjects were involved: lords, communities, factions and other networks, able to negotiate their position towards both their prince and foreign state authorities, to take advantage when a political crisis occurred, and to define their social identity and legitimacy in this wider political system. 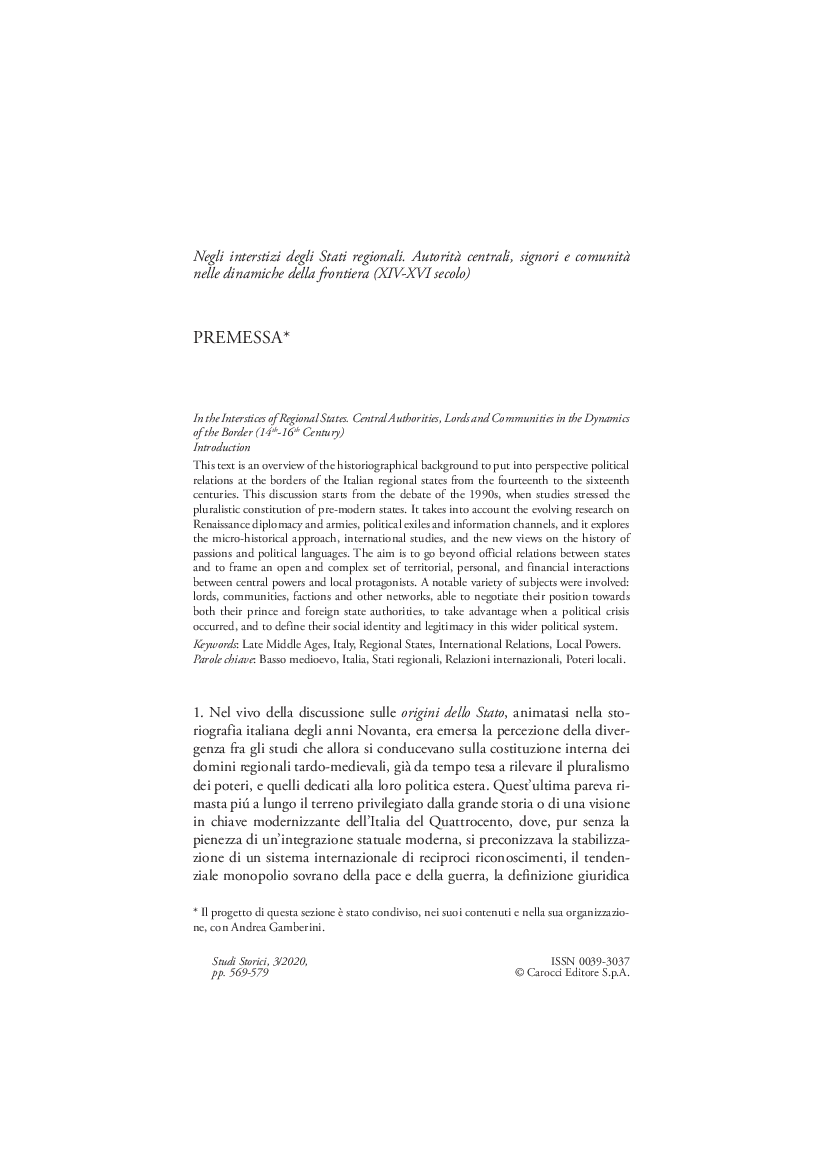