Alongside Pasquale Villani and Giuseppe Galasso, Rosario Villari was one of the great post- War Italian historians, characterized by his cultural background and strong commitment to Southern Italian studies, or Meridionalism. Active in the Pci as a leader of the peasant struggles in Calabria, he played important roles in the southern periodicals inspired by the Pci in the 1950s. In particular, in the journal «Cronache meridionali», of which he was editor, he published, between 1954 and 1959, the original essays on the Meridionalists and the questione meridionale, which in 1961 were included in the great Laterza anthology Il Sud nella storia d’Italia. The interpretative key of the questione meridionale, indicated in 1963 and reaffirmed in 1977 in the journal «Studi Storici», was established in the «interdependence between North and South» and in the «renunciation of the use of potential human, economic and political resources in the process of modernizing the country and intellectuals of the South». 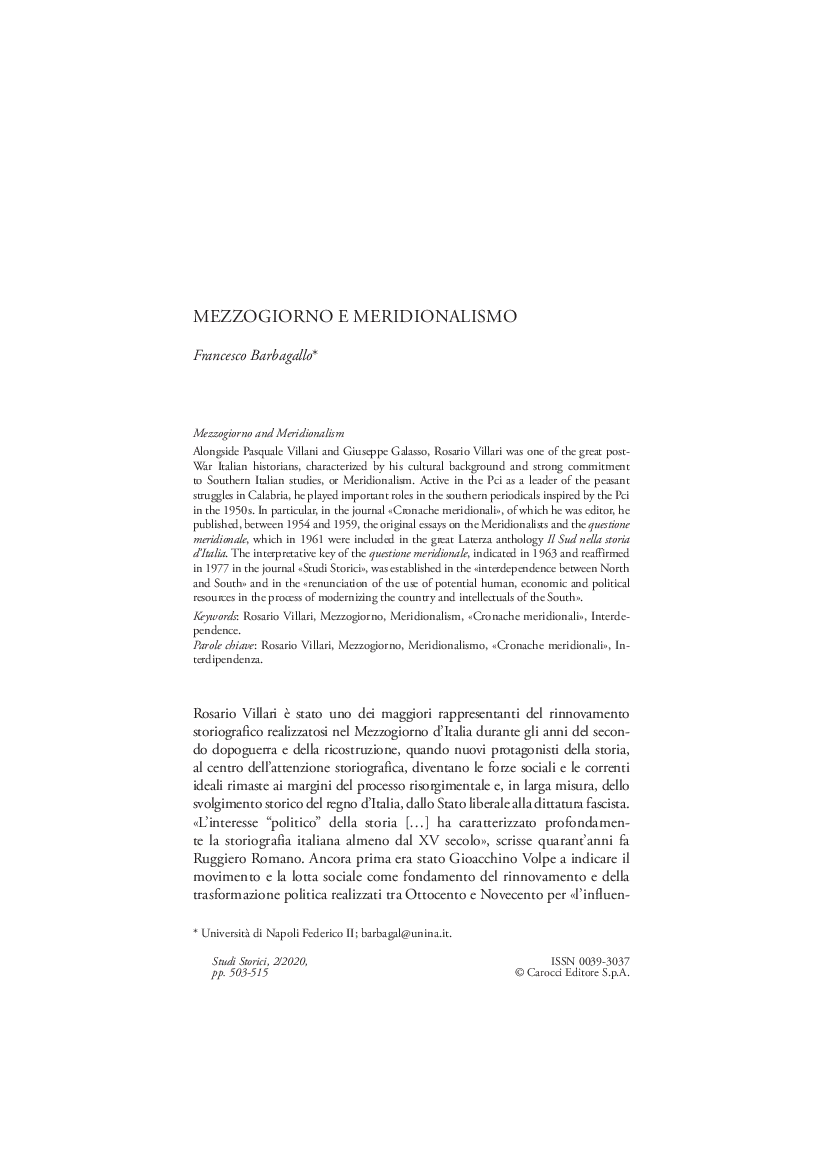