The article builds on the interest sustained by Rosario Villari in Naples, starting from the writings of some illuminists and some meridionalisti. We therefore consider the historiographic contexts in which Villari built his original approach to the capital city during Spanish rule; keeping in mind the Gramscian inspiration of some of its themes. Naples is constantly considered in relation to others, such as the Spanish monarchy, the kingdom of Naples as a whole. The city, as a political and social community, is analysed as a crucial centre for the conservation of the state, through political practices and communication systems typical of the Baroque age. Thematic ideas are proposed on the peculiarities and economic and social characteristics analysed by Villari about Naples, as a feudal capital, on the eve and during the anti-Spanish uprising of 1647-1648. 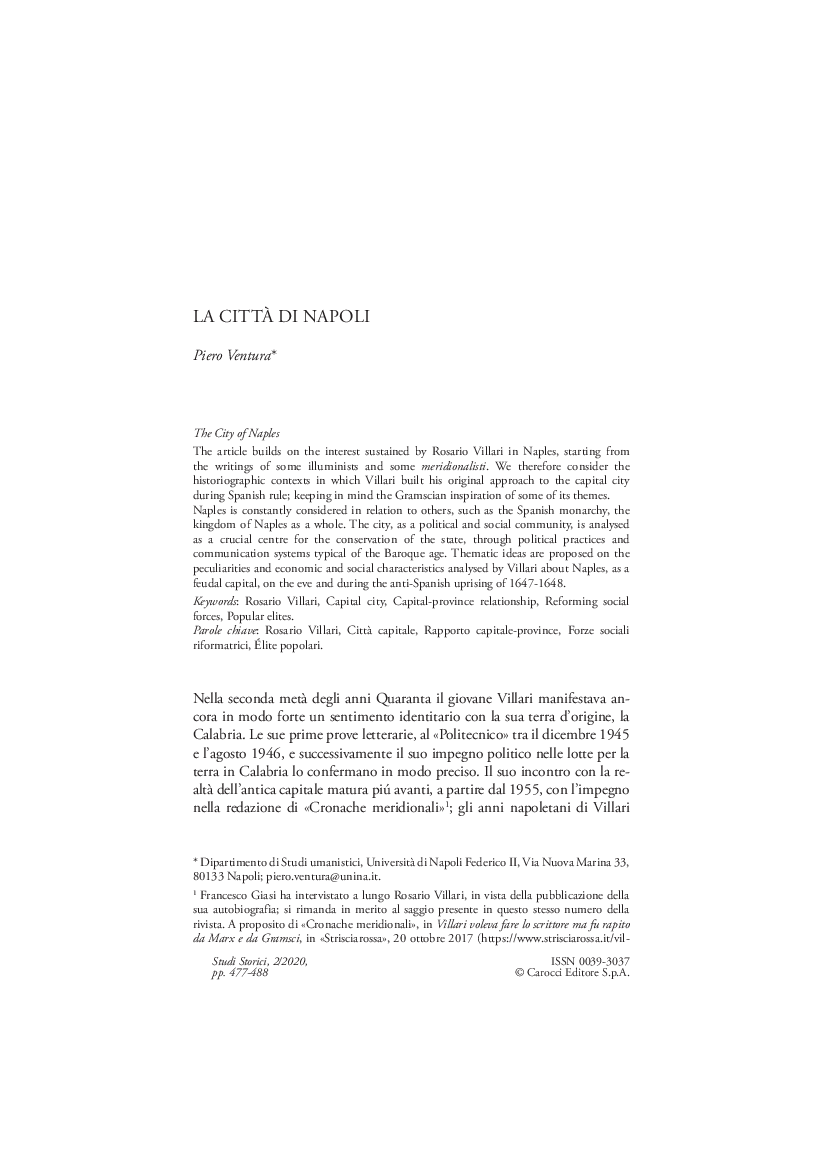