The article analyzes the relationship between conversion to Catholicism and the birth of Catholic anti-Semitism in nineteenth-century France. It examines in particular the paths of the brothers Joseph (1836-1915) and Augustin Lémann (1836- 1909), converted Jews, who became Catholic priests and active anti-Semites. They were also the authors of pamphlets and historical works on France, inspired by anti-Semitism. The article also examines the story of Edouard Drumont, one of the leaders of French anti-Semitism, who returned to the Catholicism of his origins and was the author of the highly influential La France juive (1886). In these authors’ work, one may note the transition from anti-Judaism to Catholic anti-Semitism, and their intertwinement. 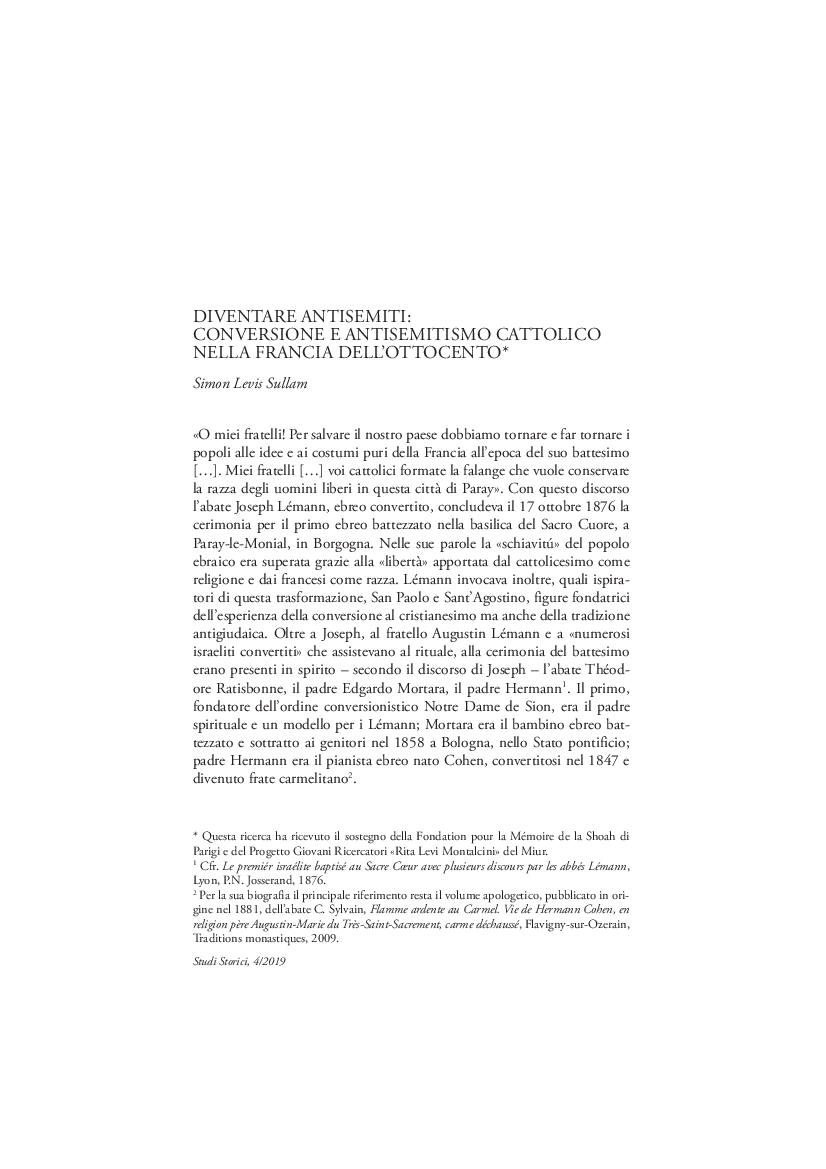