Direct democracy will be «the consecration of the tyranny of the majority» (Louis Blanc), the «prelude to Caesarism» (Pierre-Joseph Proudhon). During the short season of the Second French Republic, within the framework of the composite socialist family, Blanc and Proudhon disagreed on practically everything. However, they did have a singular convergence of views on the eve of Louis Napoleon’s coup d’état, when it was a matter of countering the reform projects based on the principles of direct democracy, presented a few months earlier by authoritative representatives of the democratic and socialist front – Rittinghausen, Considérant, Ledru-Rollin – as a «solution » to the betrayal of universal suffrage perpetrated by Parliament. Sounding the alarm against the despotic results of direct democracy, Blanc and Proudhon resorted to common argumentative strategies of great theoretical heft: the fragmentation of sovereignty; the hyper-majoritarian drifts; simplification through referendum. One may therefore wonder whether the debate on gouvernement direct of 1850-1851 was an ultimate, extreme development of the apprenticeship of the Republic, or rather one of the premonitory signs of the Caesaristic season. 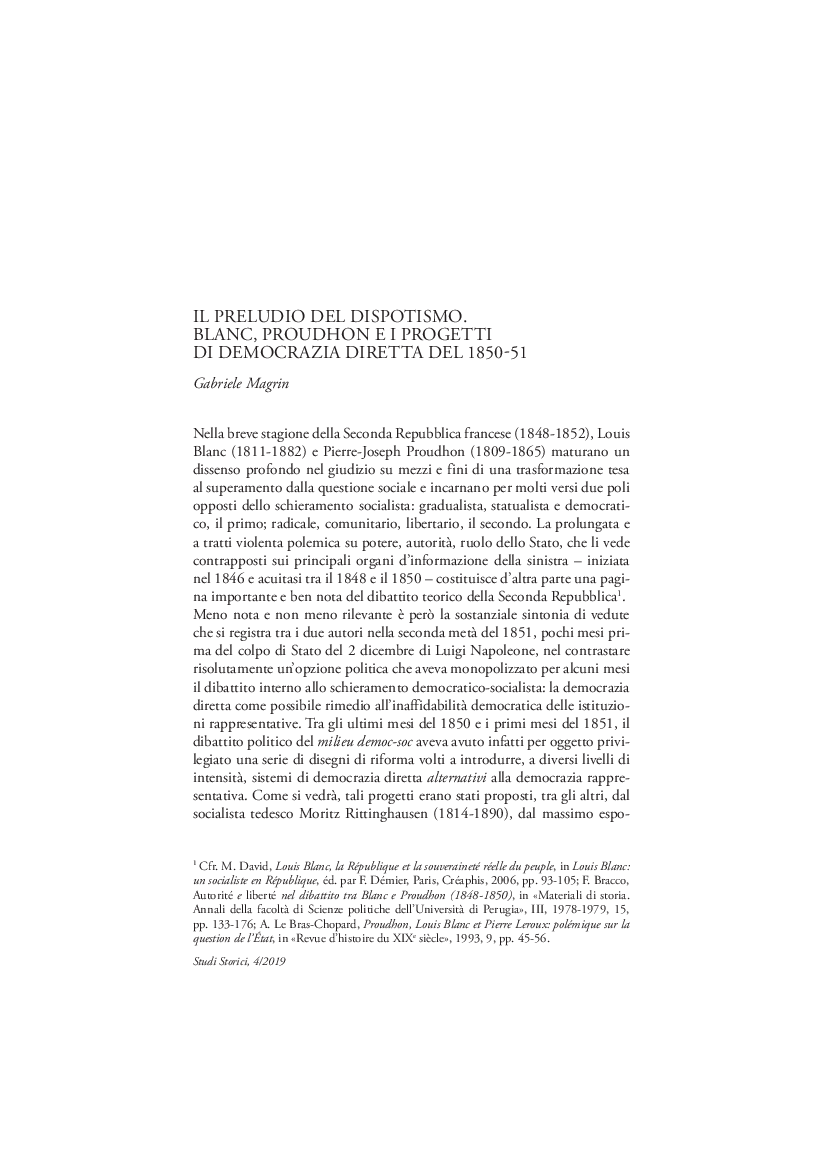