During the 16th century, the clash between the Spanish monarchy and the Ottoman Empire for Mediterranean hegemony amplified tensions, contacts and exchanges between East and West. One of the main consequences of this imperial collision was the increased numbers of Christians who decided to embrace Islam and migrate to lands under shariah law. From then on, Christian converts to Islam represented a new figure in the permeable Mediterranean frontier, with a hybrid identity. The Muslim neophyte (mühtedi), because of his religious roots, remained tied to Western society, but was at the same time marginalized since he was considered dangerous and untrustworthy. Conversely, the Muslim world welcomed the newly converted as a demonstration of Islamic religious supremacy, promoting their insertion into their communities through a process of acquisition of certain socio-cultural practices. However, the historiographic analysis of the «renegade,» or of the «Turk by profession» has often been conditioned by the method of investigation and the consequent critical and partial use of the available sources. This article, specifically analysing the case of the Ottoman city of Algiers, aims to emphasise how recent perspectives are renewing the understanding of religious conversions in the Mediterranean world during the Early Modern Age. 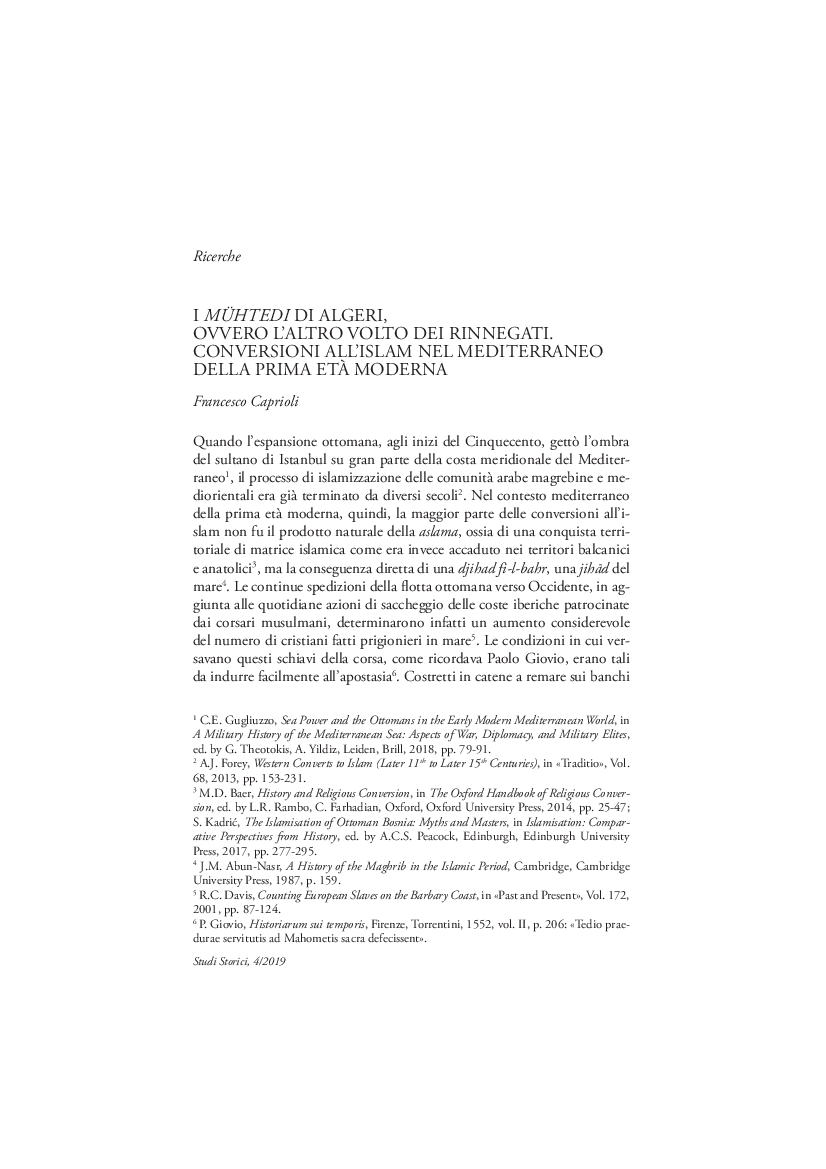