In the weeks immediately following Matteotti’s assassination on June 10, 1924, Mussolini’s government sought to stifle dissent by passing a range of measures strongly restricting press freedom. Within this context, a most interesting attempt to circumvent Fascist censorship was made by Piero Gobetti’s La Rivoluzione Liberale. The review published a series of polemical pieces evoking historic events of the past and collecting passages from selected authors (from Thucydides to Sallust, Machiavelli, and so on), to comment obliquely on current events and arouse opposition against the nascent dictatorship. This paper aims to describe this provocative anti-regime campaign – to date neglected by critics – by reconstructing the different ways in which Greek and Roman history was evoked, reused and rhetorically reshaped – in accordance with the rules of «Aesopian language» – in order to convey a particular historical interpretation of Fascism. 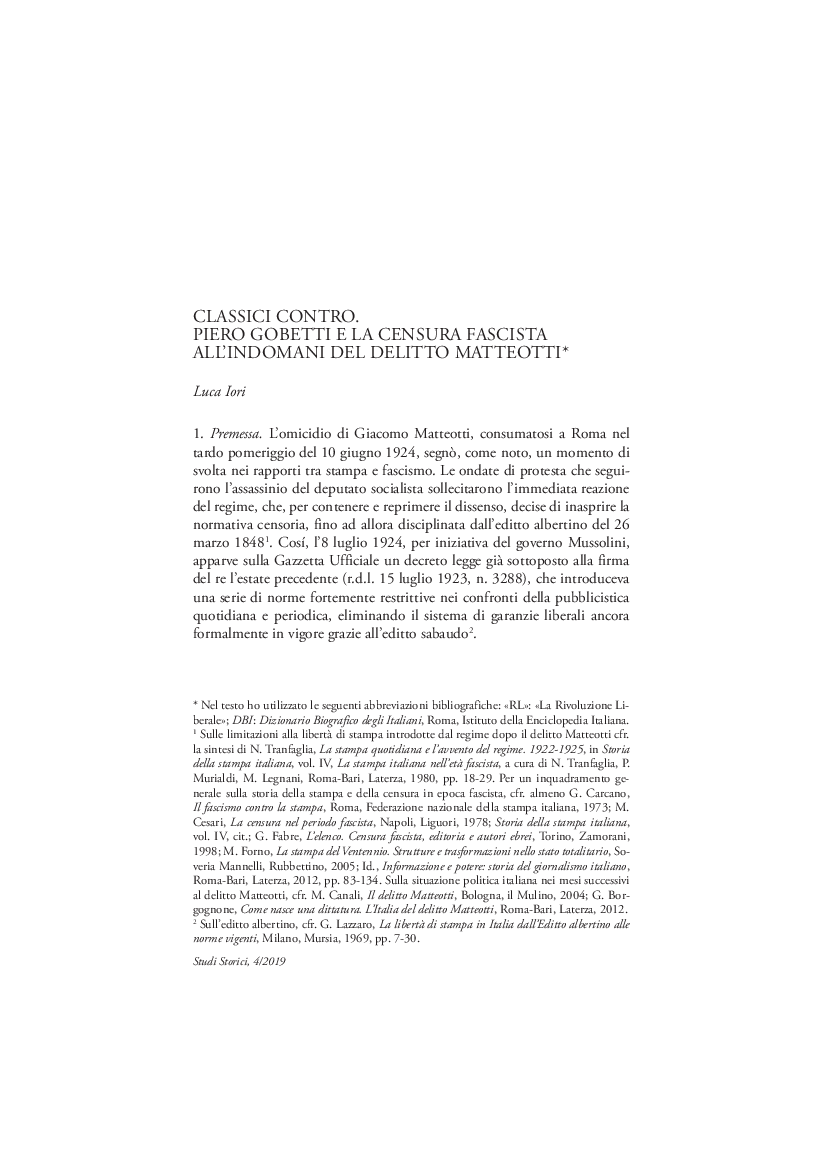