In June 1692, the island of Jamaica experienced a catastrophic earthquake, all but destroying the town of Port Royal. For the intellectuals of the Royal Society in London, this event presented an unprecedented opportunity to study the causes of seismic phenomena and to test theories involving subterranean combustion. What made this episode even more disturbing and fascinating, however, was that many in England believed the disaster to be somehow connected to subsequent tremors in north-western Europe. This conclusion was largely a consequence of the way in which information about the events circulated. Obtaining details about these seismic episodes from personal correspondents, government connections and printed pamphlets, the natural philosophers of the Royal Society tried to imagine how an earthquake could travel across the seas to shake distant lands. In doing so, they debated the possibilities of underground chemical reactions, the nature of motion, and the operations of divine providence. These early attempts to theorise about earthquake propagation challenged deep-rooted ideas about the narrowness of seismic zones by producing creative visions of global interconnections. Moreover, exploring the mystery of the alleged trans-Atlantic earthquake spurred thinking about the deep structure of the earth, the constitution of the atmosphere, and God’s role in earthly events. 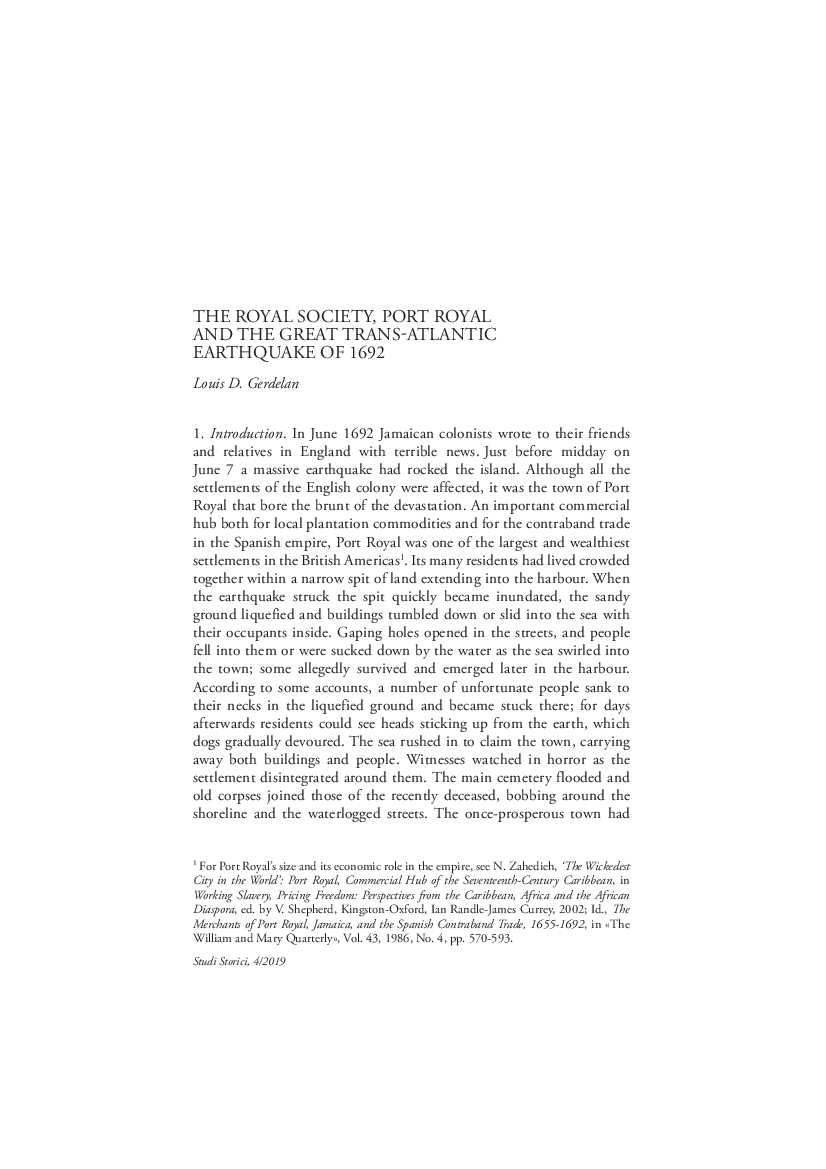