The article addresses the flow of information, through different territories of the Spanish Monarchy, regarding two late-seventeenth-century calamities: the 1687 Lima earthquake and the 1688 Samnium earthquake. The main focus of attention is the circulation of news, accounts and opinions, both within the peripheral and central governmental bodies, and beyond the institutional networks. As the months passed, in the wider «public sphere,» the two events underwent significant transformations and were given powerful symbolic meaning; moreover, they were often associated in a single interpretative scheme by natural philosophers, theologians, and preachers, and even in the collective rites and processions celebrated in several cities of the Iberian Peninsula. Tracing the circulation of news in times of emergency, and its transformation in the various passages from one channel to another, allows us to closely observe how collective traumatic events are symbolically mediated. Furthermore, it also sheds new light on the mechanisms of information gathering and dissemination, which did not only follow the center-periphery pattern, but often connected the Monarchy’s main cities with one another. 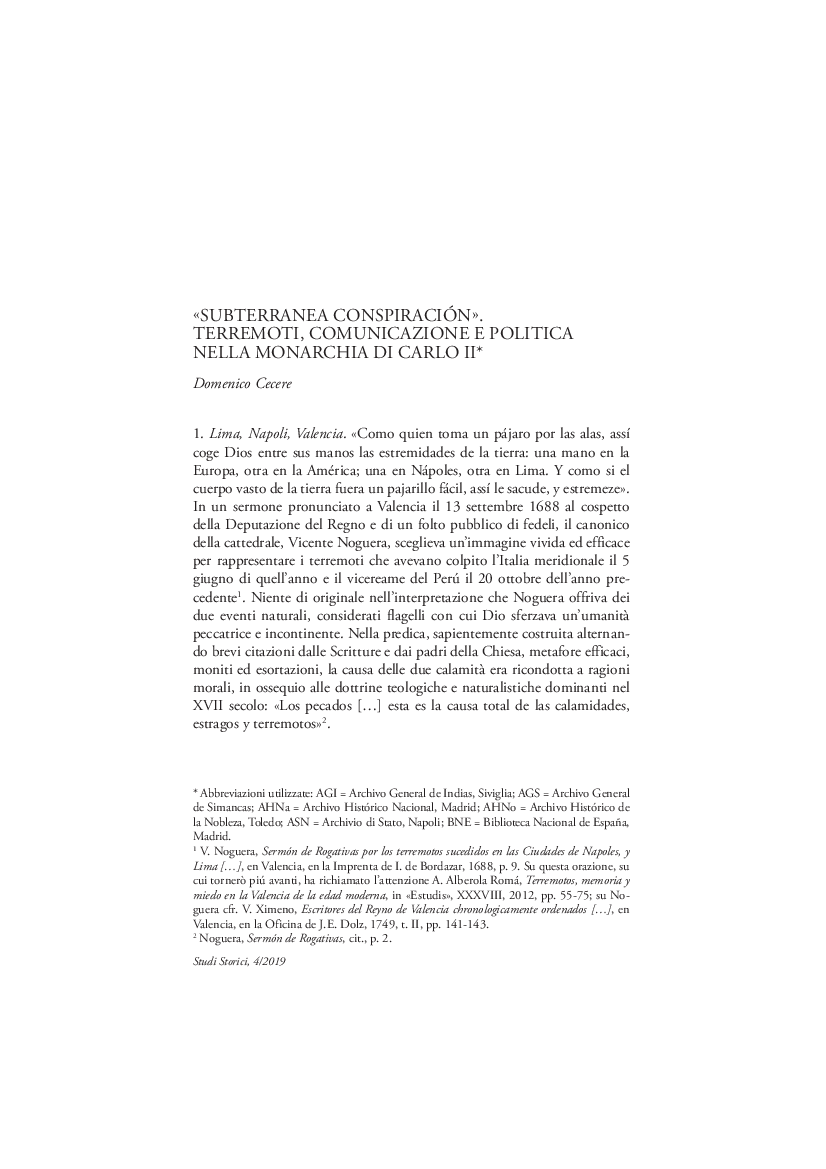