This paper focuses on the Phlegraean eruption of 1538, when a volcano – called Monte Nuovo (New Mountain), in fact – arose just outside Naples. The investigation presents a new perspective on an event rather well known to specialists, since it is linked to the history of emotions and communication. In addition to the introduction and conclusions, the essay consists of three paragraphs. The first part considers the previous years, when some events that scholars later read as signs of the subsequent disaster took place. The second part sets out the reactions of contemporary society and imperial administration. The last part investigates the interpretations of the academics connected to the viceroy and the local aristocracy, which were then to be enormously widespread on the European level. 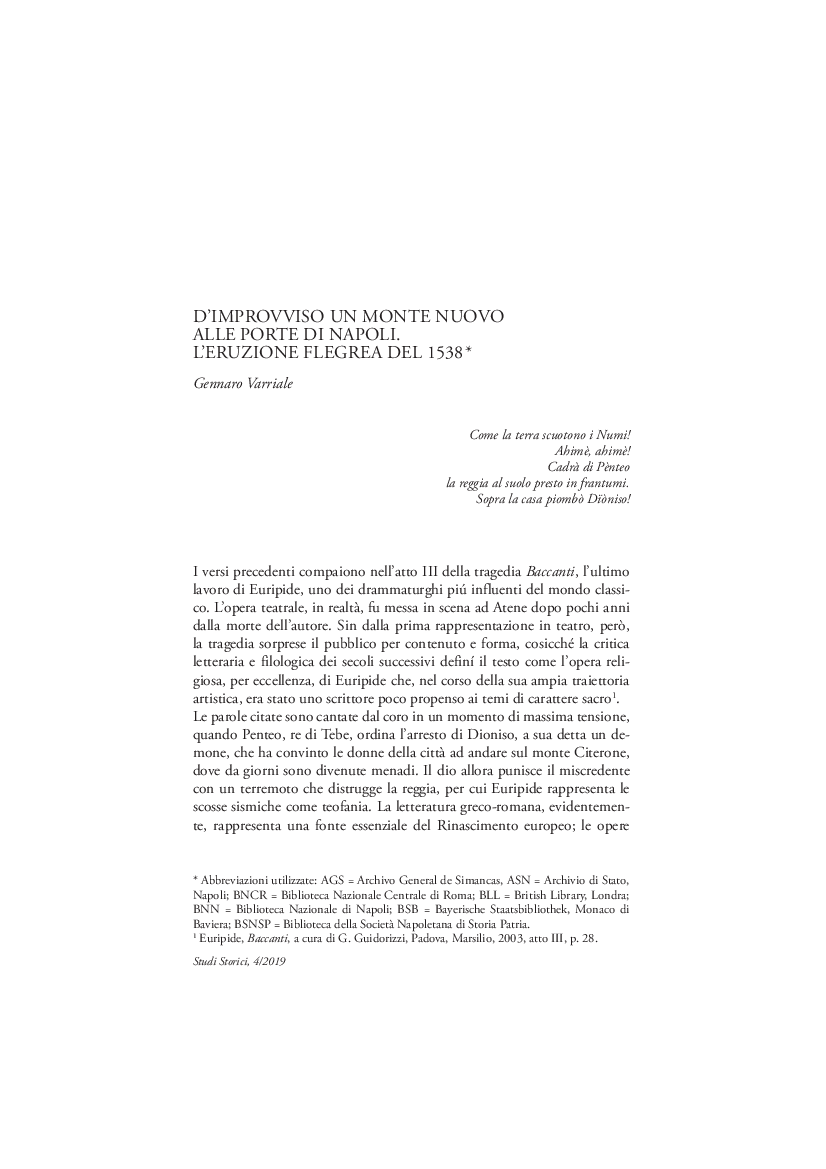