This essay aims to study eighteenth-century proslavery literature: giving voice to proslavery thinkers means better understanding the ideological positions of that period without falling into misleading anachronisms. What did it mean to be a proslavery thinker in the eighteenth century? Only by answering this question can we grasp by contrast the thought of the philosophes and place it within a precise historical moment. The problem is dealt with by delimiting the field of research to France and asking some specific questions. In the first two paragraphs, proslavery literature is studied by identifying authors, genres and public, as well as the ideological foundations. The third paragraph examines the relationship of a part of this literature with Christianity, used for legitimizing purposes, while at the same time casting light on the heterogeneous positions in French Catholic culture. In the other two paragraphs, the focus shifts to those whom the proslavery thinkers attacked, deeming them opponents of slavery: the connection between proslavery thought and antiphilosophie emerge, explaining how proslavery thinkers saw, in the proposed emancipation of slaves, a total subversion of social hierarchies. 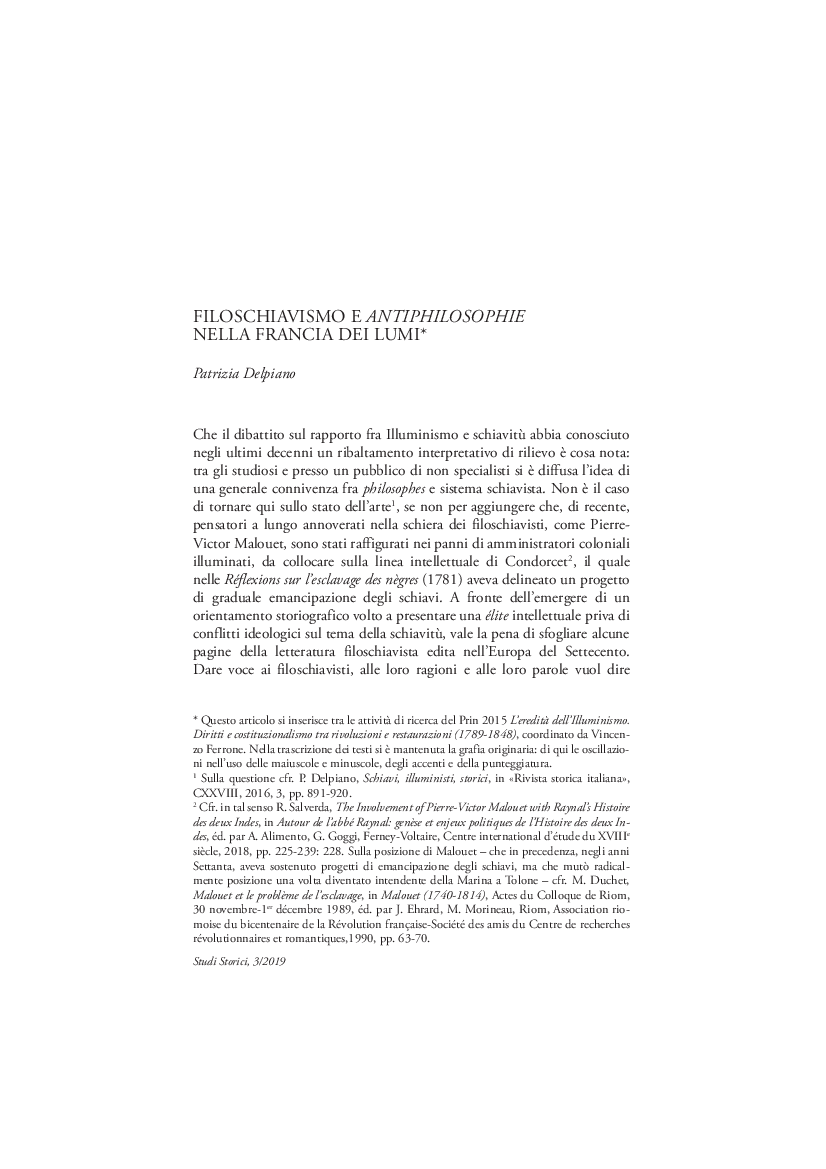