This essay traces the history and evaluates the critical reception of "Il dopoguerra in Italia e l'avvento del fascismo" (1918-1922). Vol. I. "Dalla fine della Guerra all'impresa di Fiume", published in 1967 by Roberto Vivarelli (1929-2014), a former pupil of Federico Chabod and Gaetano Salvemini. As the first chapter of a trilogy (1967; 1991 and 2012 as Storia delle origini del fascismo) on the crisis of the Italian liberalism and the genesis of fascism, the book was well received by historians in Italy and abroad; however, according to Vivarelli himself, it failed to reach a broader audience, unlike other books on this topic like the monumental biography of Mussolini written by Renzo De Felice (1965-1997). Even if the Storia is still considered a standard book on this topic, it is also true that the subsequent volumes of this ground-breaking research were shaped by the author's point of view on liberalism: to him, the study of Italian postwar involved a general overview of the liberal ruling class and the European history after the Franco-Prussian War. 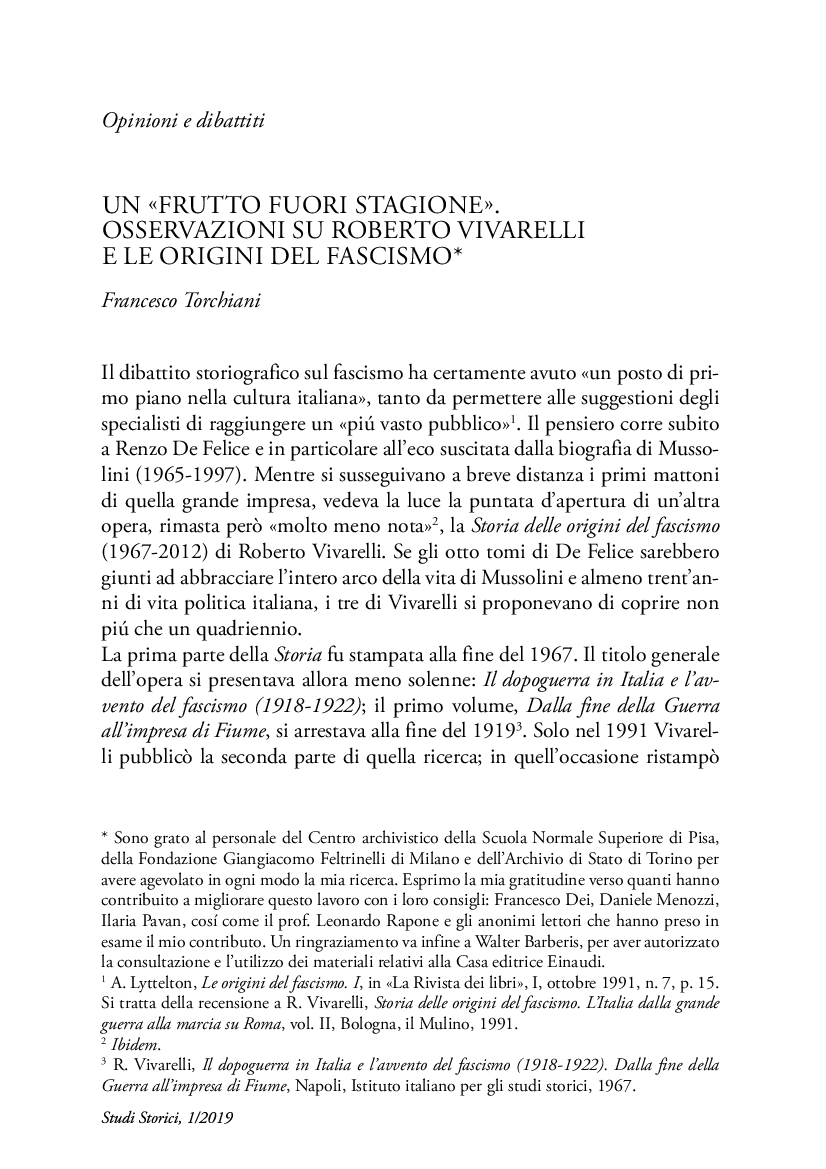