The Great War was the event that made a decisive contribution to the process of political radicalisation of many middle-class young people, moving them toward socialism. An example of this is the story of Cesare Seassaro, a young interventionist who, after a few months at the front, became a socialist and began to work at Turati's «Critica Sociale». From the outset, his political belief was imbued with the Christian values that, being alien to traditional Marxist thinking, isolated him within the Italian Socialist Party. Although criticised by his comrades, Seassaro never stopped fighting for convergence between socialism and Catholicism, in the conviction that only in a Communist regime could the principles of Christian ethics be achieved. After the Bolsheviks came to power, his political thinking underwent further radicalization, leading him to join the Italian Socialist Party's revolutionary wing, and making him one of the most frequent collaborators in Gramsci's «Ordine Nuovo». In the postwar period, he was one of a few socialists who raised the problem of the proletariat's military organisation for conquering and keeping political power. 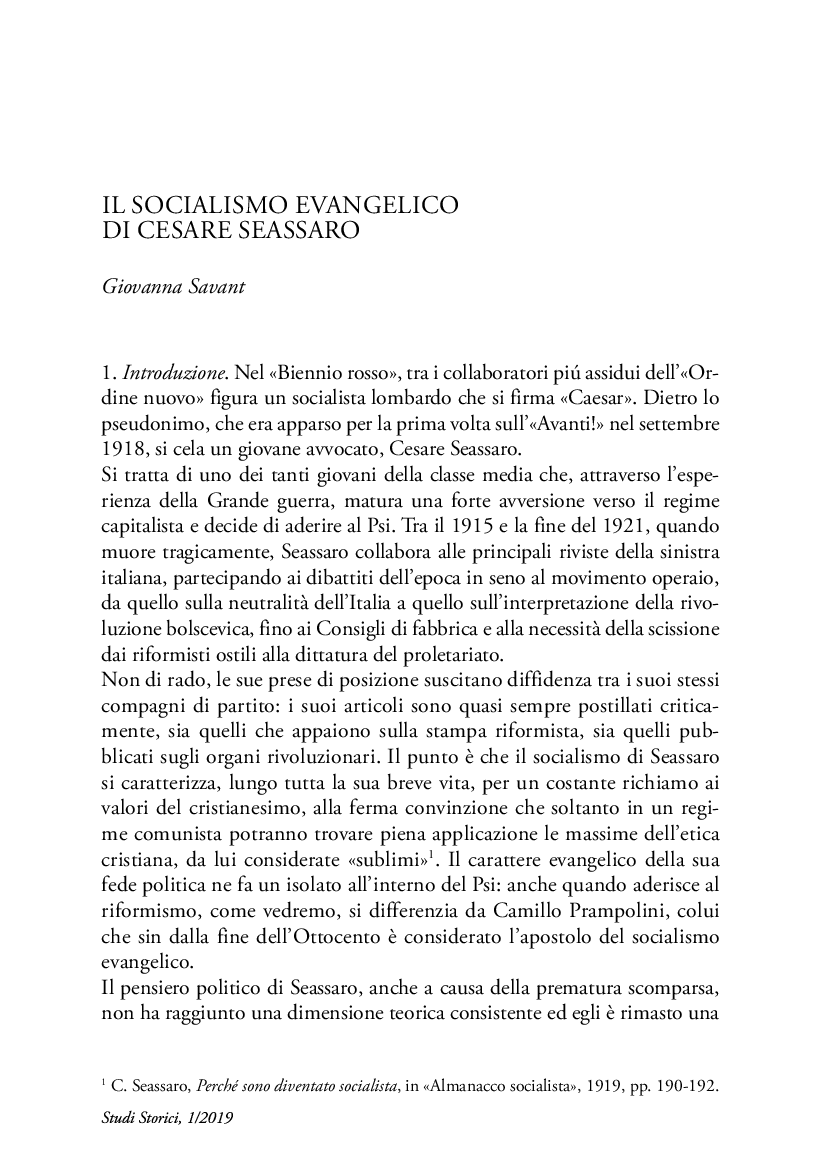