In 1933, Israel Joshua Singer published a novel in the United States, "The Sinner" (Yoshe Kalb), in which he related a true episode told to him by his father, a Hasidic rabbi, during his childhood in Poland. Yoshe Kalb is a beggar who lives wandering in Galicia; the important Rabbi Melech of Nyesheve recognizes him as Nahum, his son-in-law who disappeared many years before. The question of the stranger's identity raises the danger of bigamy, because Yoshe is already married to Zivyah, a mad young woman living near the village. The Jewish community has to ascertain the truth and it does so by establishing a court composed of seventy rabbis belonging to the different communities of Galicia. The story illustrates the trial, describing many specific profiles, such as the applied law, the composition of the court, the competence and role of judges, the rules of evidence and the decision-making process. The final outcome is not only exceptional and surprising but also adheres to the inscrutable and terrible biblical precept: «justice, justice you shall pursue» (Deut 16,18). 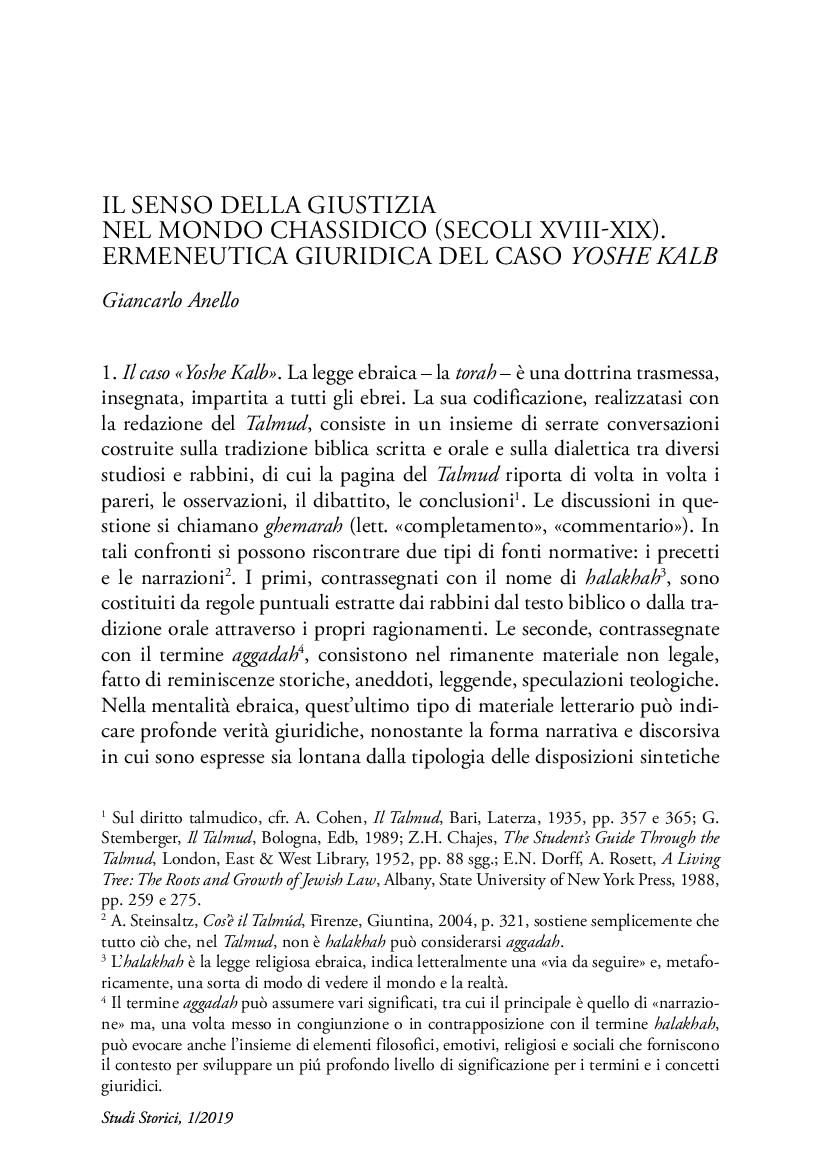