Information about the Roman Inquisition's "familia" is still fragmented, despite the progress in Inquisition studies and the abundance of documents produced by these employees. Firstly, the article offers a general study of this topic's bibliography and, secondly, it tries to improve our knowledge regarding the familia with some new documents from the Vatican and Italian archives. In order to understand the importance of this entourage for the functioning of the Roman Inquisition, wherever it was operative, attention has been focused on the Medieval period of the familia, when the inquisitors realised the need to have helpers and guards of their own. A considerable part of this study is dedicated to the confraternities that assisted the inquisitors: the most important was the "Compagnia della Croce" or "di San Pietro Martire". Its Late Medieval evolution, albeit hard to reconstruct historically, is fundamental for understanding the apologetic way through which the Holy Office in 1542, and the inquisitors of the Counter- Reformation, tried once again to use this religious association. The example used here is that of the Dominican inquisitor Cipriano Uberti, author of the "Opera della Croce" (1585-1586): this work allows us to appreciate how strategic these confraternities were for an inquisitor at the end of the 16th century. The inquisitorial familia was to become a very useful instrument for the division and control of the ruling class on the Italian peninsula. 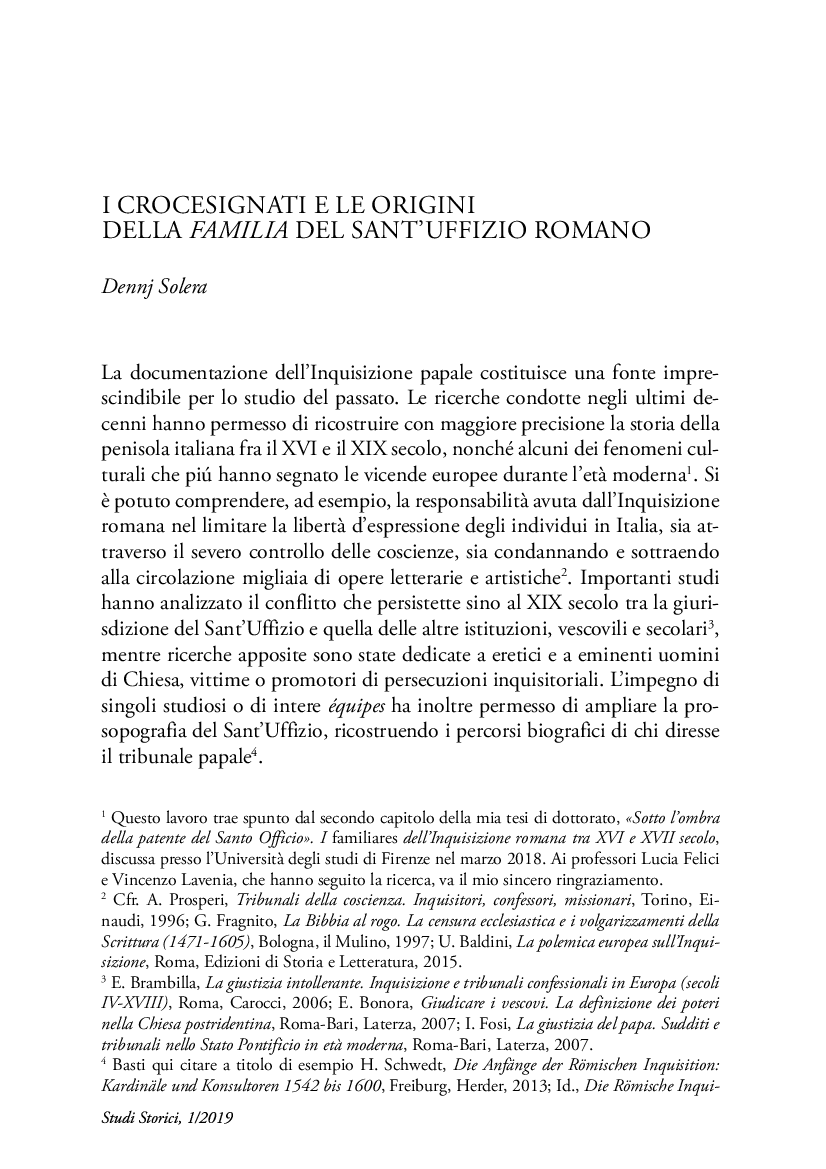