The largely unpublished correspondence between Alberto M. Cirese and Ernesto De Martino shows a dense network of projects, intellectual exchanges and personal polemics in the years from 1951 to 1965. These documents allow us to clarify the background of academic and theoretical disputes that marked the re-foundation of Italian anthropology - during the postwar period - upon Gramscian bases. The political battle against the elitism of Croce's philosophy had cemented a close link between Cirese and de Martino in the framework of the «folklore-debate». Their agreement, however, was flawed due to academic disputes on the autonomy of folklore-as-science (in relation to the larger field of historical sciences). Moreover, their collaboration broke off between 1955 and 1960, when Cirese accused his older colleague of having «stolen» a research theme - that of the funeral lament or ritual weeping. Subsequently, the two scholars met again at the University of Cagliari, between 1960 and 1965. Here, personal differences were partially overcome by the common prospect of moving from the «same side of the political barricade» and into the difficult construction of a modern anthropological science. Letters and other unpublished materials bring out the depth of their dialogue, and the genesis of crucial theoretical concepts of De Martino's thought, such as «destorification» and «critical ethnocentrism». 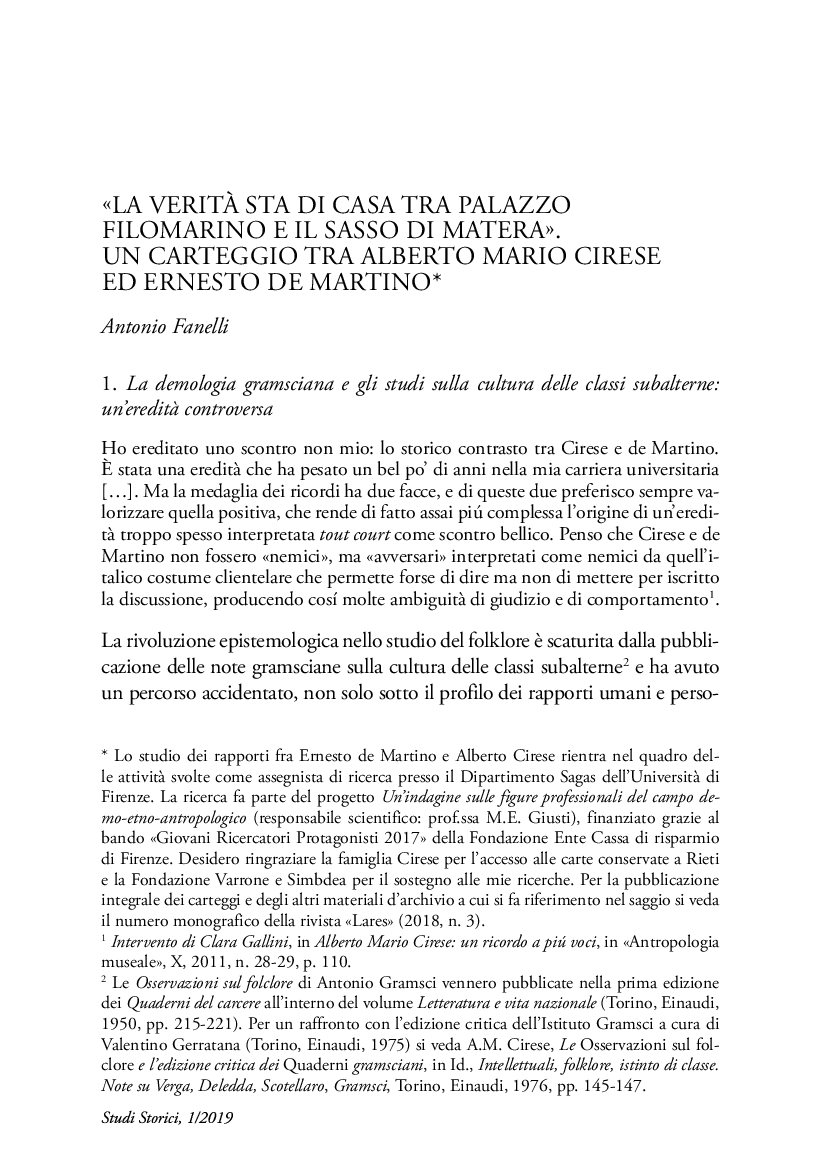