In the political culture of Fascism, the importance of labour as a founding element of the State took shape through the building of the corporatist framework. The interweaving of corporatism, labour, and the State was due to the political and cultural context of the late 1930s: in both previous and subsequent moments, the factors of interweaving were arranged in accordance with other trajectories, to form a field of tension, some of whose profiles are to be examined here. In particular, the profound imprint that the convergence with the corporatist State marked out in a part of the Catholic world - in this case Agostino Gemelli's group of collaborators and associates - is to be examined, from the perspective of attributing an ethical and political purpose to state institutions. 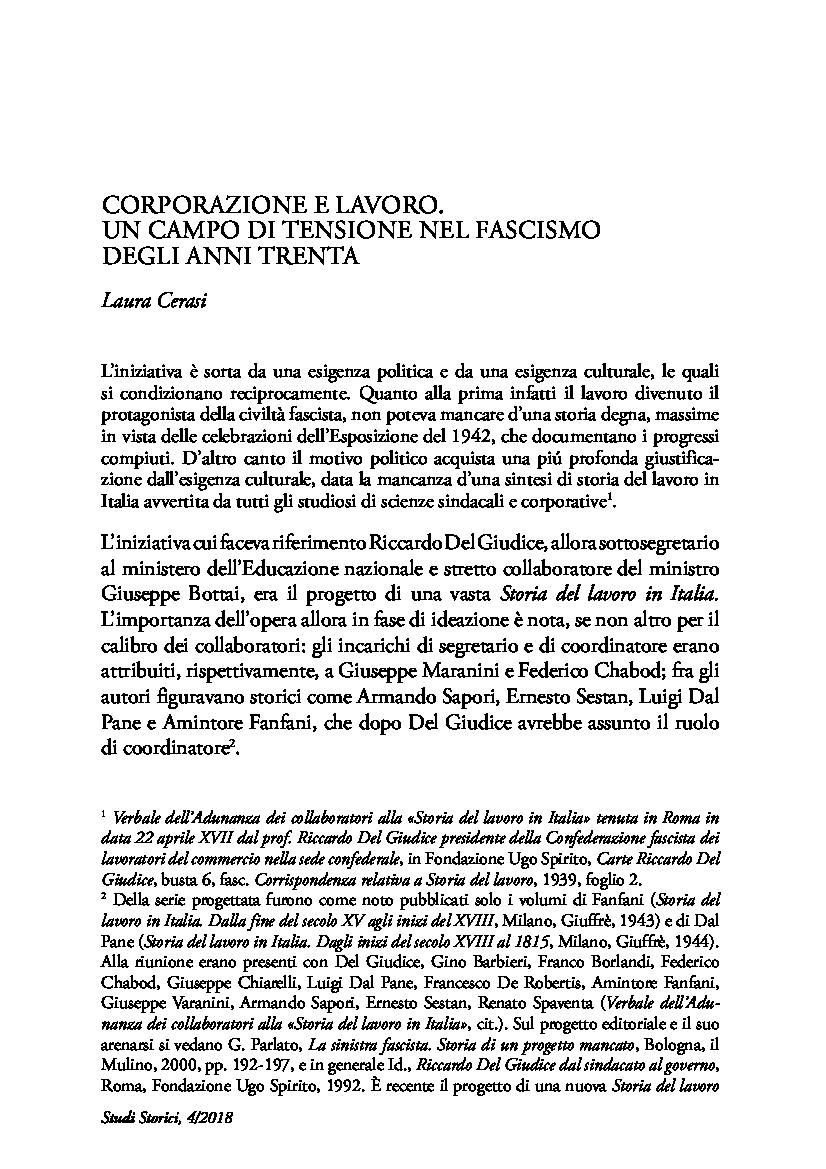