This essay investigates the construction of the «Primavera» current, created in 1954 by Giulio Andreotti, within the Christian Democrat party. The Roman politician aimed to resist the centralizing drive by Amintore Fanfani, who was attempting to erase the various local Christian Democratic power bases, deemed too independent of the Party's central power. Andreotti therefore sought - especially following the Party Congress in Naples - to build a national structure starting from his own constituency, i.e. Lazio. Here he had been elected to the Constituent Assembly in 1946 and here, once Alcide De Gasperi called him to the position of undersecretary to the Presidency of the Council of the Minsters, he had created a vast network of relations with local representatives of the Democrazia Cristiana. Andreotti thus became a kind of «Guardian of the Territory» for Lazio, succeeding in including that Regione's southern provinces within the intervention area of the Cassa del Mezzogiorno, and supporting the demands by the farming world with regard to reforming the agricultural pacts. On this basis, Andreotti gained a very clear supremacy in Lazio, making it the springboard for creating its national network. Thanks to the «Primavera» current, Andreotti acquired a more incisive role within the D.C. internal affairs: Aldo Moro was elected Party Secretary at the 1959 Florence Congress thanks to its votes. Moro led the Party differently and in a new direction, shepherding it to the Centre-Left Coalition Government. 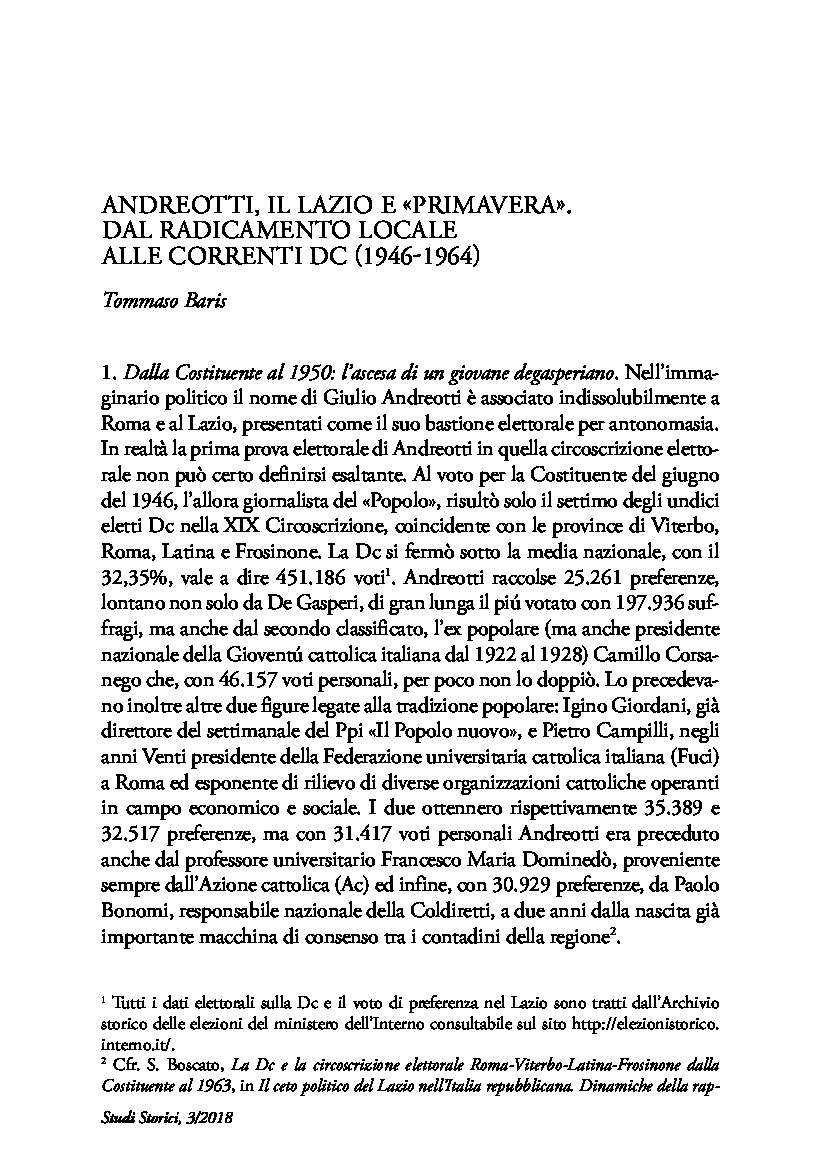