This article retraces Giuseppe Giarrizzo's crucial and innovative contribution to research on the eighteenth century in Europe, Italy, and Sicily. A careful analysis of his autobiographical notes, his works (mainly, but not only, on the eighteenth century), and his letters and papers from his personal archive, shows that his interest in the history of the eighteenth century and of the early modern age arose from his initial inquiries carried out under the supervision of Santo Mazzarino.The history of classical antiquity, the history of religions, and historiography are constantly intertwined in his research. This is one of the reasons why «his» eighteenth century features, of course, the ideas of the Enlightenment, but also - and especially - the history of power relations and the making of the ruling classes; it also includes Freemasonry, reforms and the «Southern question», with a gaze that looks not only from Europe to Southern Italy, but from Southern Italy to Europe, thus showing the extraordinary vitality of its history and its cultural life. In the appendix, we publish a very meaningful letter by Giarrizzo on the Enlightenment and on eighteenth century studies, as well as some piece of correspondence with Giuseppe Galasso about the relationships between history and anthropology, which proves very useful for gaining a better understanding of his view of both history and the "Mezzogiorno". 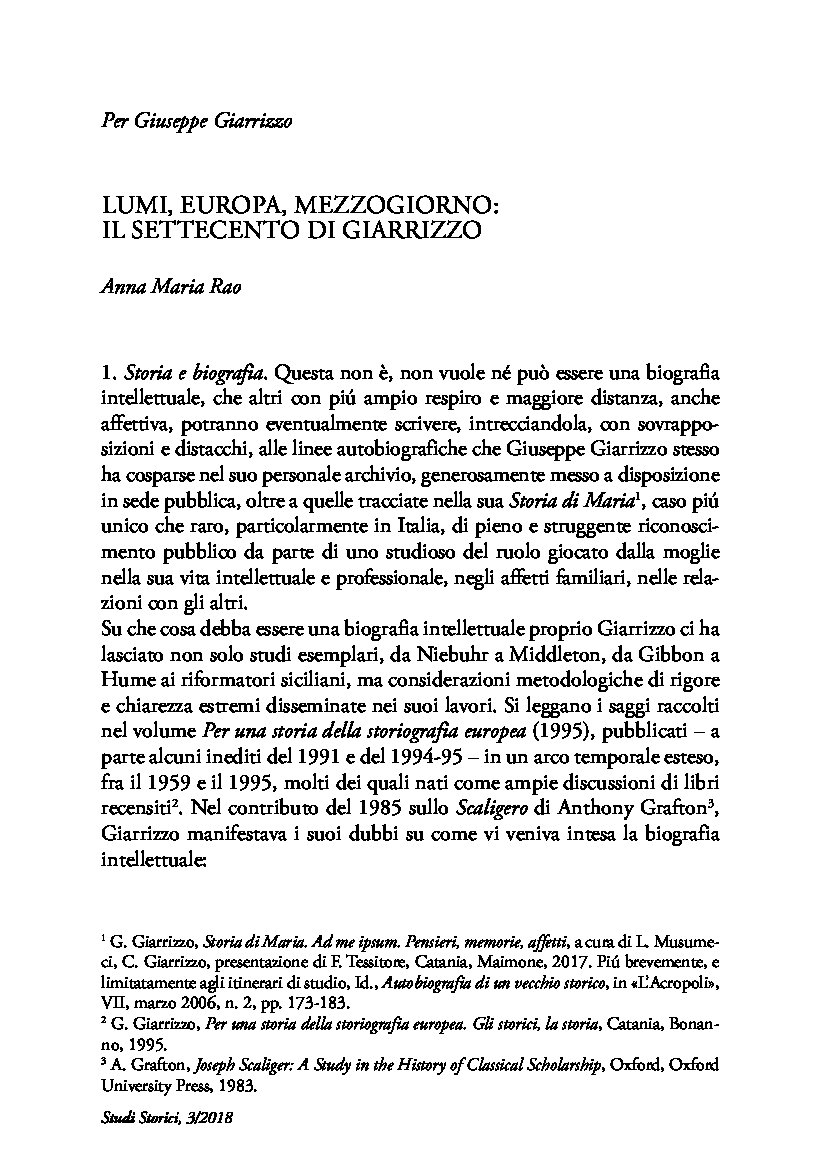