The experience of Christians for Socialism arose in Chile in 1971, during the government of Salvador Allende; it then spread to South America, Europe and North America. In Italy, the movement was founded in 1973, at a conference held in Bologna, in the wake of the tradition of «dialogue» between Christians and Marxists that began in our country in the earlier twentieth century and then developed in the post-Council years. Unlike Chile, where Christians for Socialism was born within the Church, in Italy the key figures in this experience were religious and lay people sensitive to the suggestions of Vatican II, but also believers who belonged to Protestant groups (in particular Waldensians). Catholics and Protestants shared the idea of radical change in the world and a harsh criticism of capitalist models. Sensitive to the Cuban model and interested in the Nicaraguan experience, the movement went into crisis - in Italy and abroad - with the advent of the Pope John Paul II. 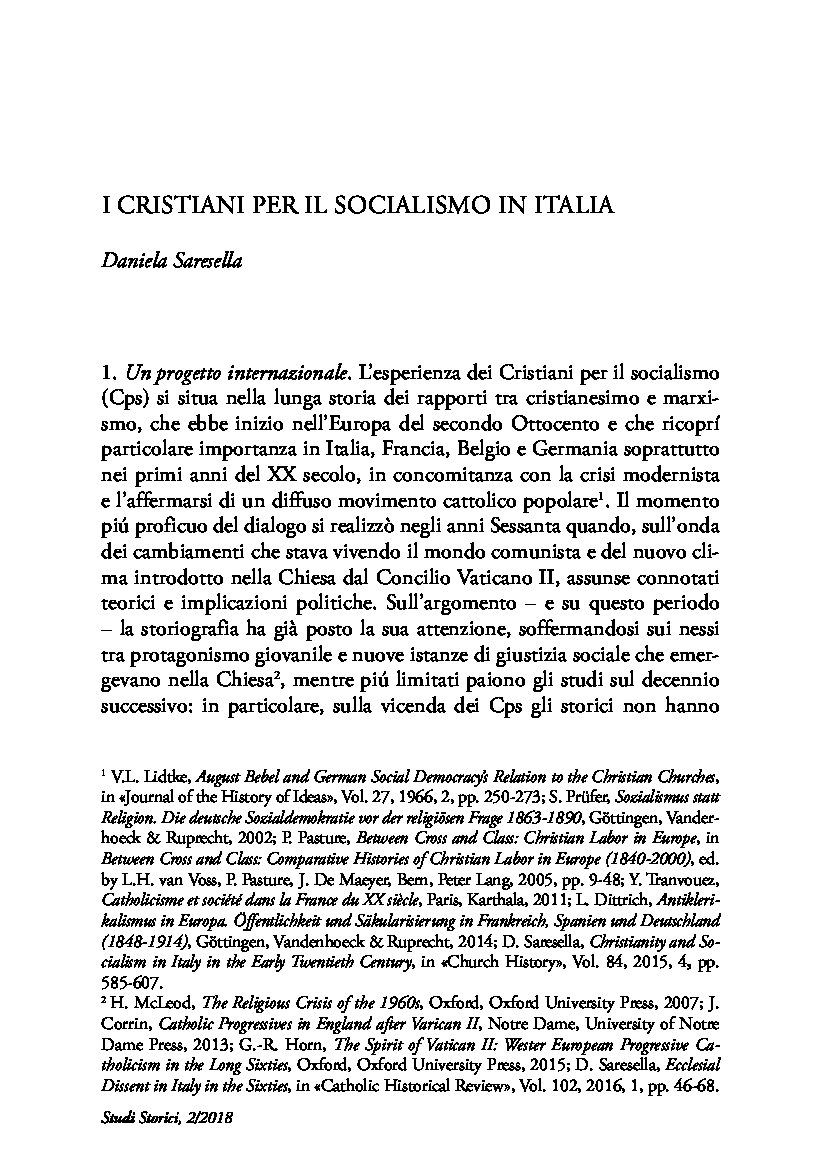