In the aftermath of Mussolini's downfall, the Sardinian population was in a state of complete isolation from the rest of Italy, unable to maintain stable communications with the continent and forced to provide for its own sustenance. This delay also characterized the reconstitution of political parties at the local level. Specifically, the difficulties encountered in Sardinia by the Italian Communist Party could be attributed to its poor roots in the territory and to its strong internal divisions. These conflicts were to slow the development of a political line consistent with the Togliatti's new directives of the «Salerno turn». In this setting, Velio Spano and Renzo Laconi - communist leaders from two different generations, formed in different and sometimes opposing contexts - embodied more than anyone the spirit of the «new party» that Togliatti wanted, emerging in their political maturity and originality. Despite conflicts, the two leaders were leading figures in the PCI's reconstruction in Sardinia, supporters of regional autonomy, and participants in the long battle for the approval of the «Renewal Plan» that was supposed to revive the island's economic and social fortunes. 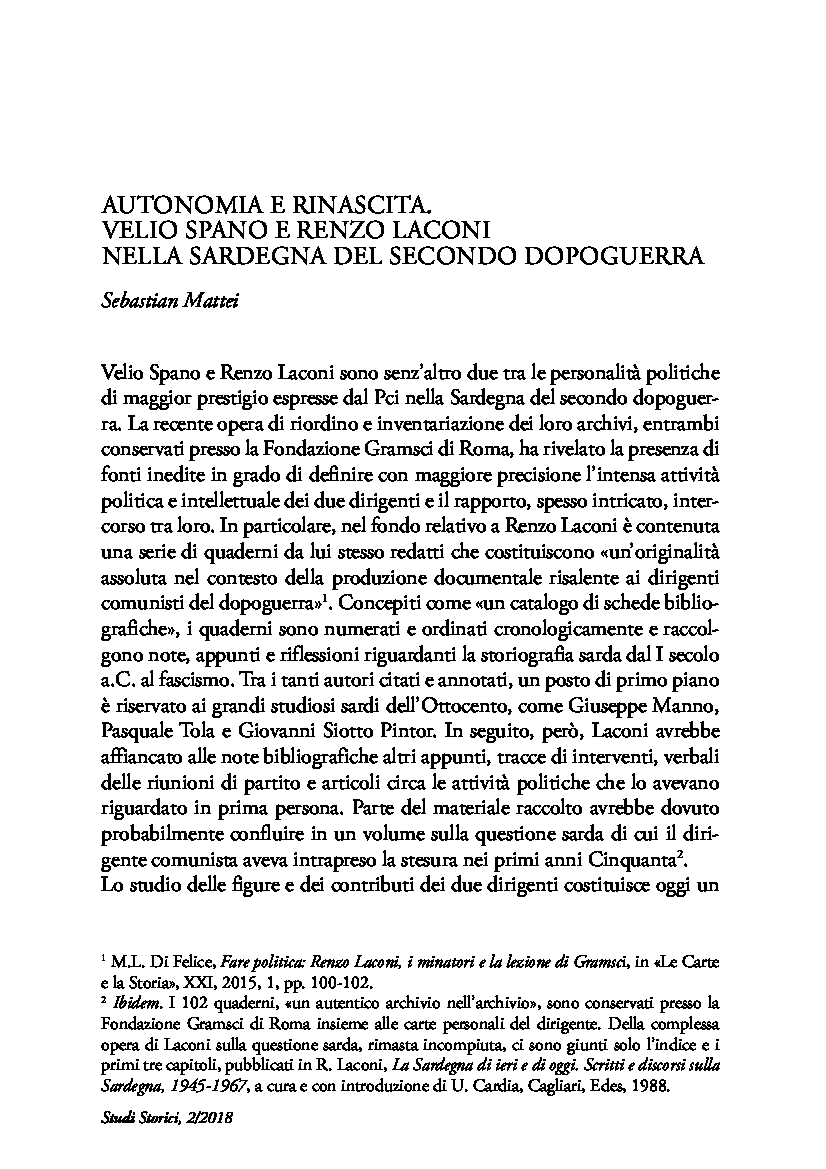