This essay outlines the figure of Gerardo Marotta, «the last Jacobin,» starting from the post-war years, characterized by his political commitment in Naples in the ranks of the Italian Communist Party and the Antonio Gramsci study group. The latter ended up on a collision course with the party line, which in turn resulted in Marotta's exit from the PCI in 1954. In the following years, he worked with great success in his law firm, obtaining the means to create a library of thousands of volumes, while exercising a significant influence, starting from 1967-68, on the Neapolitan group of "Sinistra Universitaria". In the mid-seventies, Marotta founded "Istituto italiano per gli studi filosofici", which was to become an extraordinary cultural centre, now fully recognized internationally, for the enhancement and dissemination of culture, humanistic and otherwise. 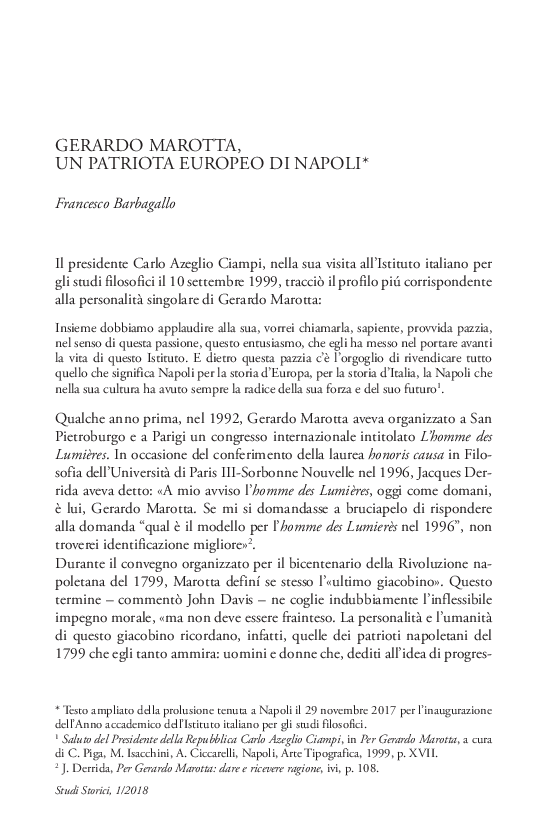