According to a very long-lasting model, Italian identity has appeared to be the result of a literary tradition. However, we should bear in mind two other factors, rooted in the early modern age: the making of a «common» vernacular language, having not literary but communicative aims, and the simultaneous key role of the Latin language. During the first decades of the sixteenth century, it may be seen how Italian identity was shaped by the knowledge and a competent use of the Latin language, while during the Counter-Reformation the use of the Latin language was identified with the Catholic Church, and thus with daily religious practice. Therefore, Italian cultural unity played out on different and contradictory levels. 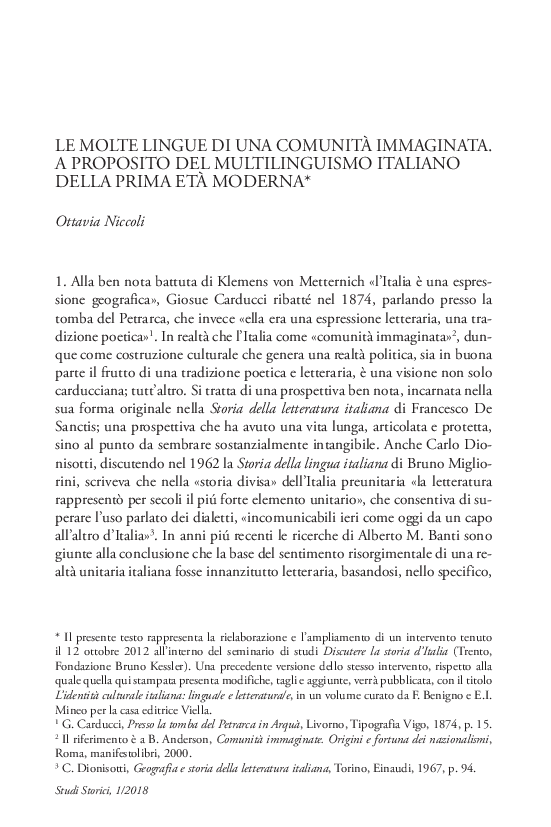