It is currently impossible to state with certainty whether the Gülen movement actually created a parallel State or a terrorist organization responsible for Turkey's failed coup on 15 July 2016. Nevertheless, we may argue that Hizmet is a fully political movement, capable of spreading its ideology and growing its influence through a worldwide network of schools, financial institutions, the mass media, and civil society organizations. Hizmet's history and Gülen's biography show how the movement has managed to adapt to the opportunities offered by national and international conditions since the 1960s, while embracing a specific tradition of Turkish Islam and establishing a close relationship with political power. The Gülen movement achieved its greatest success in the early twenty-first century, when it engaged in promoting moderate and democratic Islam, alongside the Justice and Development Party and with support from the United States. The break between Gülen and Erdoğan after 2010 - and the authoritarian shift of the Akp regime - leads us to consider the development of Turkish political Islam and the current situation in light of some structural features, recurring dynamics and radical changes taking place in particular between 1980 and 2002. 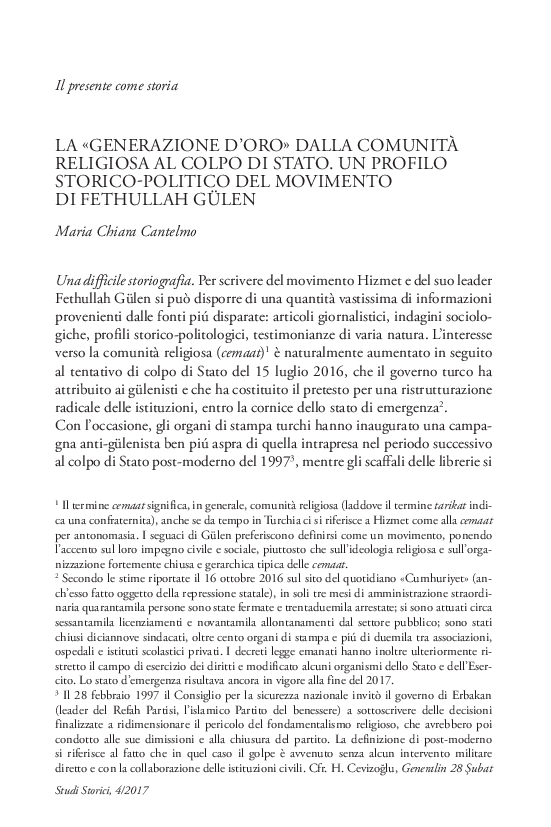