In spite of its great relevance, Gramsci's interpretation of fascism has been studied in depth only since the 1970s. During these years, many scholars have highlighted the great richness of that interpretation, underscoring its original conclusions: Fascist participation in reorganizing transnational Capitalism; mobilization of the masses; the novelty of the political and institutional structures of the Fascist State; deep connections to the long-term dynamics of Italian history. In recent years, some scholars have drawn attention to different topics: in particular, Gramsci's reflections on «totalitarian politics» are worthy of in-depth research. Although the subject is not so crucial in the "Prison Notebooks", it is mentioned in several paragraphs and in different thematic settings, including the theory of hegemony. During the 1930s, Gramsci's interpretation of the totalitarian State was one of the richest and most original. Gramsci examined not only institutional change and the new political system, but also the transformations that affected individual «personality,» the evolution of «new types of humanity,» the militarization of politics, and imperialistic ambition. 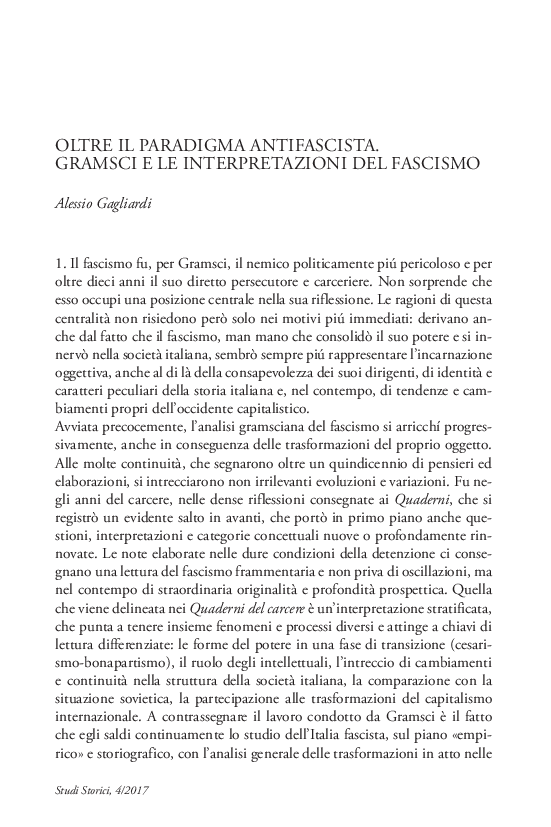