This article aims is to provide a contextualisation of Franco De Felice's essay "Passive revolution, fascism, Americanism in Gramsci" (1977). The relevance of this text derives from its groundbreaking interpretation of the notion of «passive revolution» in Gramsci's "Prison Notebooks". Passive revolution, De Felice argues, has a twofold meaning: in the nineteenth century it meant a process of replacement in the political leadership that is attained without a «Jacobin» involvement of the popular masses; in the twentieth century, however, there is passive revolution when a class succeeds in remaining in power thanks to the passive involvement of the masses. De Felice insists on two different but intertwined forms of the new passive revolution: the governance of the masses and the governance of the economy. In this article, the hypothesis is formulated that the originality of De Felice's interpretation lies in the idea of a «governance of the masses». a formulation that condenses the different forms of what Gramsci calls «totalitarian policy» - that is, the political experiences that, from Jacobin above and below, overcome the limits of the liberal State, and that in general reflect «the impossibility of limiting the organization of production to the private sphere». 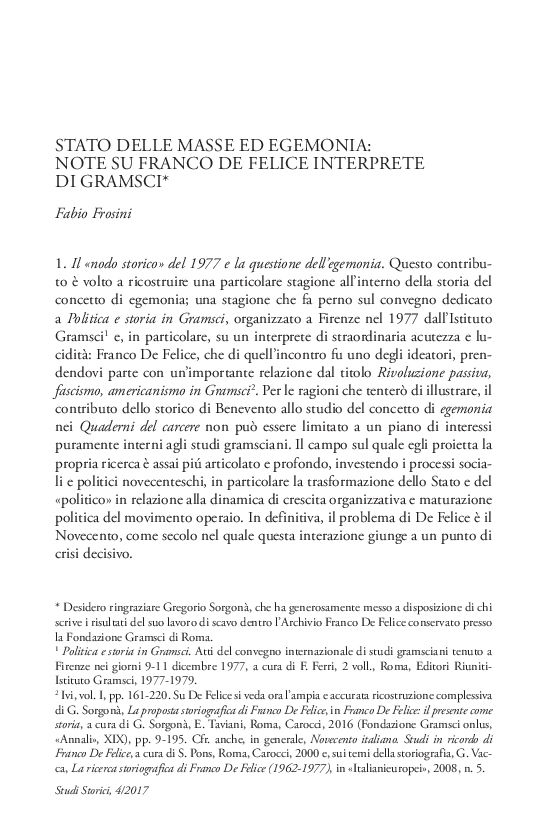