This paper provides general outlines of the genesis and progressive conceptualisation of the notion of «cosmopolitism» in the "Prison Notebooks". The negative connotation initially carried by this concept in the framework of Gramsci's analysis of the history of Italian intellectuals, nation and State radically changes in meaning, with cosmopolitism progressively replacing the term «internationalism.» In this respect, the main finding of this study is the dual and overlapping use made by Gramsci of the concept of cosmopolitism, corresponding to two different eras. In one sense, the concept represents a kind of Medieval inheritance in the age of full development of the Nation-State; in another, the so-called «di tipo nuovo», heralds a new political form striving to gradually unify the world during the crisis of States and the full development of the global market, and as an alternative to colonialist and imperialist expansion. 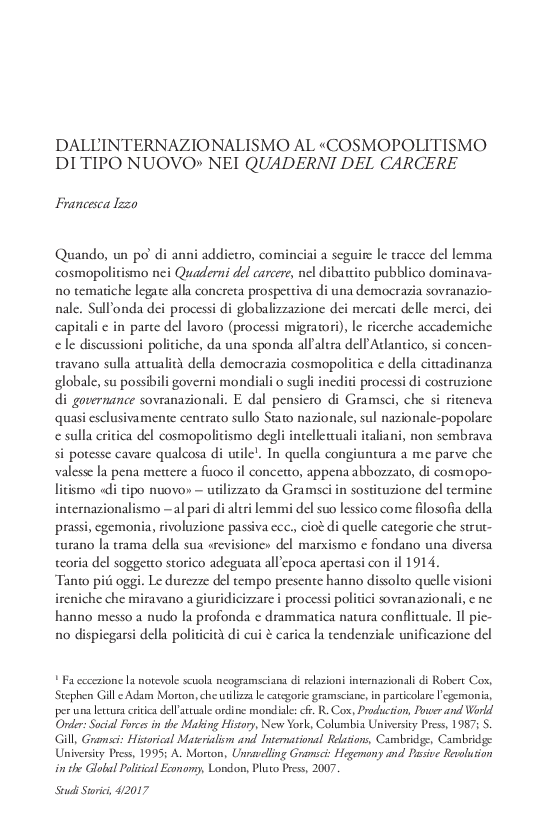