Marking the occasion of the 100th anniversary of the Russian revolution and the 80th anniversary of Gramsci's death, this essay aims to contribute to the historical contextualization of his personality and thought, following an approach that has been gained considerable traction in the most recent studies. The theme of Gramsci's relationship with Leninism and Bolshevism has been debated countless times, but today, a quarter of a century after the end of communism in Europe and Russia, we can overcome the constraints of definition and ideology. One way to do this is to reconstruct the various threads that link Gramsci's path before his arrest and subsequent captivity with the fundamental experience of the Russian revolution. These threads are so intertwined with his entire biography from 1917 on that it is not easy to isolate the theme itself, or to provide interpretative outlines capable of encompassing comments, perceptions, analyses, strategies, and reflections. However, this must be done if we intend to better understand the link between political action and thought. In fact, it is precisely by isolating the theme of the Russian revolution that the formation of the main categories of Gramsci's political thought may be seen with greater accuracy. 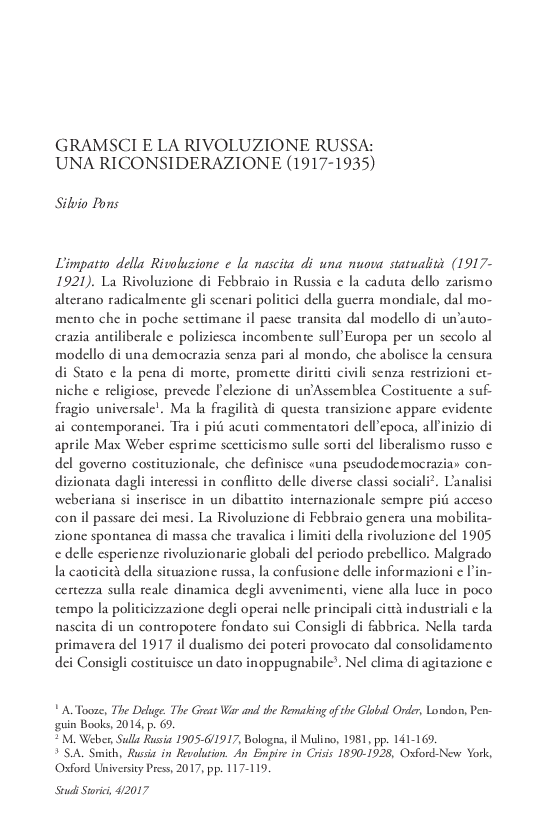