The essay reconstructs the role of the Democratic Party and its commitment to democratize the Uganda's independence process. In a framework of historical confessional rivalry, particularly among Catholics and Protestants, a political struggle belonging with ethnicity arises. Between Independence and Post-Independence, the Comboni Missionary - p. Tarcisio Agostoni - promotes an «aconfessional» perspective by the formation of a Catholic political class and a party inspired by the model of Christian Democracy in Italy, which responds to the demands of a political struggle in a multiparty system. After the first successes achieved on the eve of independence, the DP and its leader, Benedict Kiwanuka, clash with the growing weight gained by the "Uganda People's Congress" of Milton Obote, rooted in peripheral ethnic groups, and later by "Kabaka Yekka", Protestant-based coalition, which also includes many Muslims. The denigrating campaigns and the intimidating climate created by the anti-Catholic parties end up overwhelming DP in the election of independence in 1962, crippling the aconfessional prospect and triggering a process of authoritarian involution, under the leadership of Obote, leading to Kiwanuka's arrest and killing and General Idi Amin's rise. With the crisis of the Democratic Party, it fails the only mediating element suitable to contain the radicalization of the clash, precluding the possibility of a democratic exit from the process of independence. 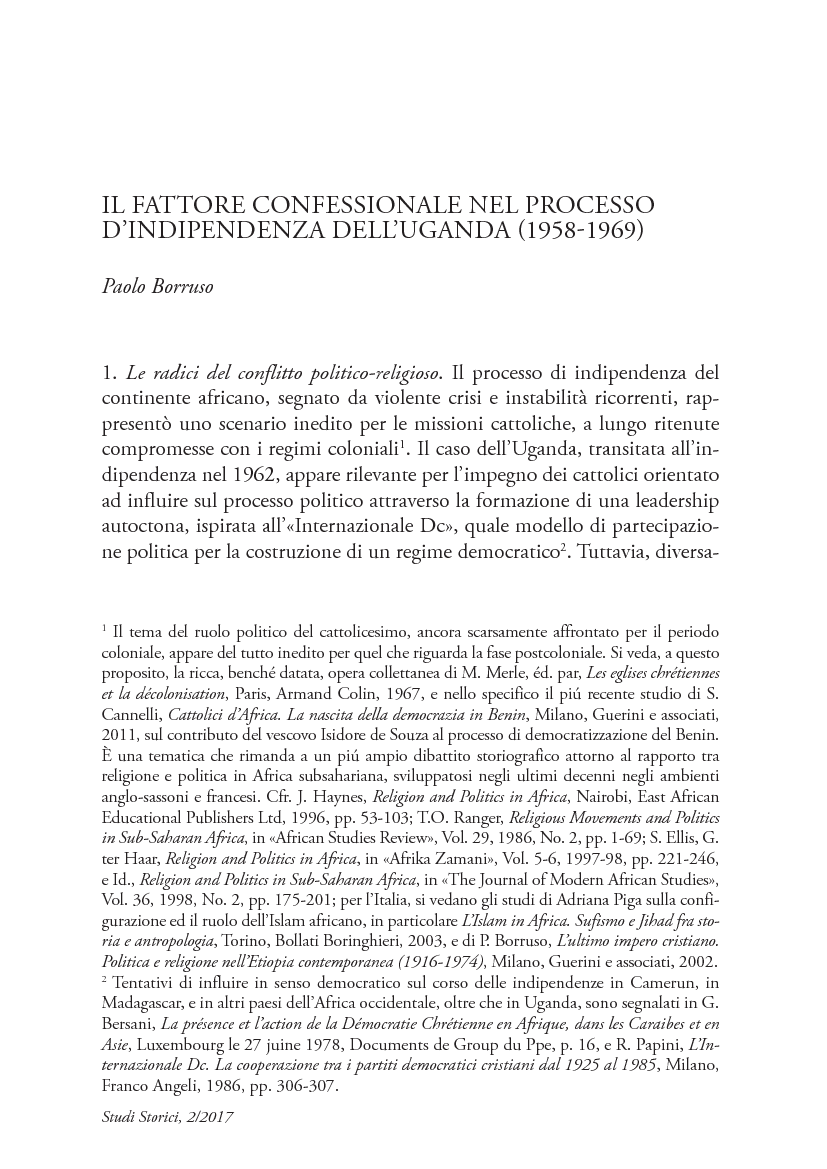