Prior to the delimitation of the border in 1910, the frontier region between Tunisia and the Ottoman territories of Libya was a passage through which populations of the two territories moved along the cycle of agro-pastoral activities, for economic reasons or as a result of political events. Historically, this shift had greatly affected the Libyan territory: an important part of Tunisia's inhabitants was of Tripolitanian origin, and as such it was recognized by the name of "Trabelsiyya" attributed to its members. The Tripolitanian emigration had a remarkable increase after the Italian conquest of Tripoli: it was an extremely negative phenomenon for the new Italian colony, which saw the depopulation of an already under-populated region, while the French protectorate benefited from the contribution of this workforce. Around this emigration, between 1911 and 1914 there was an intense dispute between Rome and Paris as a result of the changes in the legal status of Tripolitanians, derived from the new colonial situation. While the Government of Rome found it legitimate for his Libyan subjects in Tunisia to share the privileges recognized to Italians in the existing italo-french agreements, the Paris government saw it as a danger to its sovereignty: in perspective, as a further weapon that Italy could have used in his claim of the territory of Tunis, based on a quantitatively important Italian presence within the protectorate. 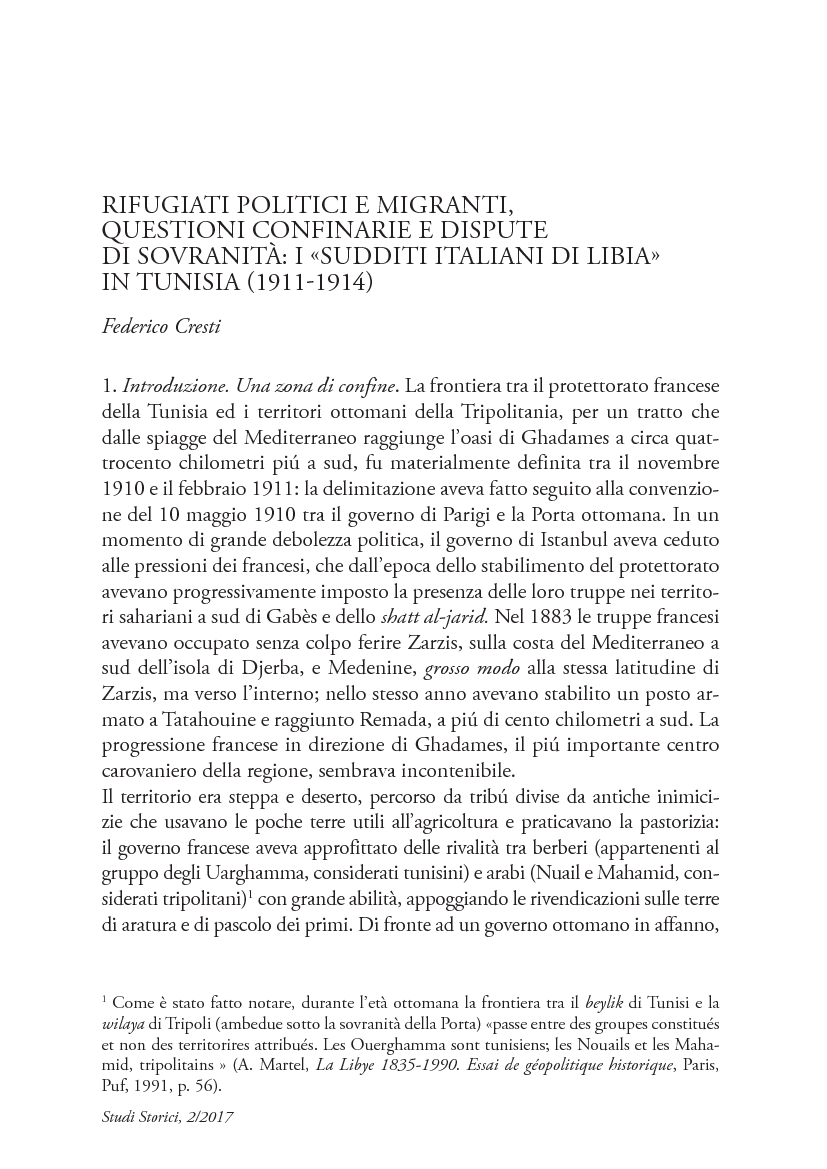