On May 6 1938, Adolf Hitler, Benito Mussolini and a number of representatives of the Nazi and Fascist governments visited the "Mostra Augustea della Romanità" in Rome's Palazzo delle Esposizioni. This took place on the occasion of the journey that the Führer made to Italy during those days, and represented an extremely interesting symbolic moment in the process that, from the Rome-Berlin Axis, gave rise to the Pact of Steel. In fact, on that occasion Hitler showed a respectful admiration for Roman antiquity, which he confirmed the following day when he decided to make another visit to the Mostra Augustea and when, during the dinner given in his honour at Palazzo Venezia, he expressed his appreciation of the highly propagandistic function of the meeting between Romanity and Germanism. 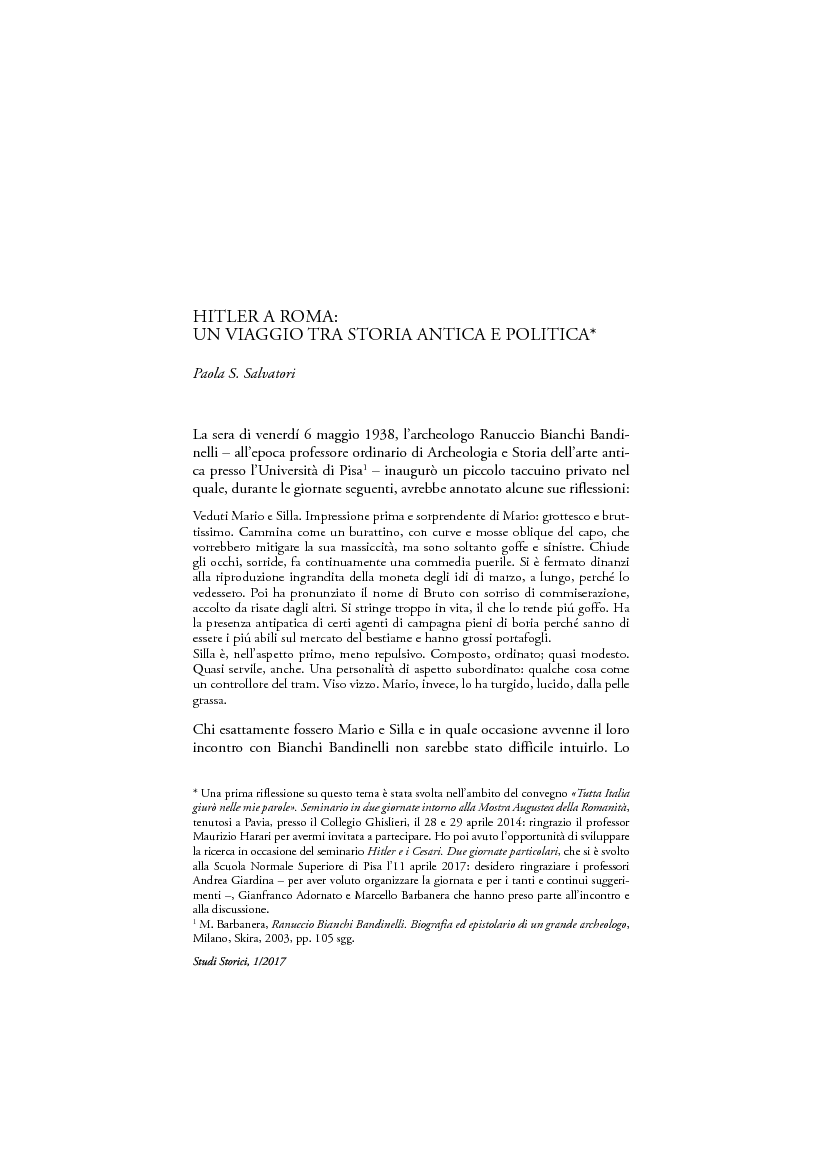