The essay deals with Bertrando Spaventa's influence on Italian Marxism. This influence had already been pointed out by Antonio Labriola in the letter to Engels of March 14, 1894, and the lesson of the Abruzzo philosopher is already revealed in the reworking of the «genetic method» which, overcoming Herbart's matrix, marks the «materialistic conception of history» in late Labriola in an original way. But Spaventa also played an important role in the formation of Gramsci and Togliatti, not only through the mediation of Labriola, but also through direct knowledge of his writings, which helped overcome Gramsci's original «Crucianism» between 1917 and 1919, and Togliatti's «actualism», thus giving a special slant to a Marxism based on the enhancement of subjectivity. Of significance is the influence of Spaventa's concept of European circulation of Italian Renaissance philosophy on the Gramscian modulation of the translatability of scientific languages and national cultures; furthermore, the role Gramsci attributed to intellectual elites owed much to Spaventa's vision of philosophers and revolution. Lastly, from the overcoming of the positivist remains of Labriola's Marxism, the conception of the subject was elaborated in the "Prison Notebooks" and then appropriated by Togliatti, by linking the philosophy of Gramsci's "praxis" to Spaventa's reform of Hegelism. Thus, a genealogy of Italian Marxism emerged, bound to the progressive currents of national culture, which constituted the basis of the cultural policy of Togliatti's Pci. 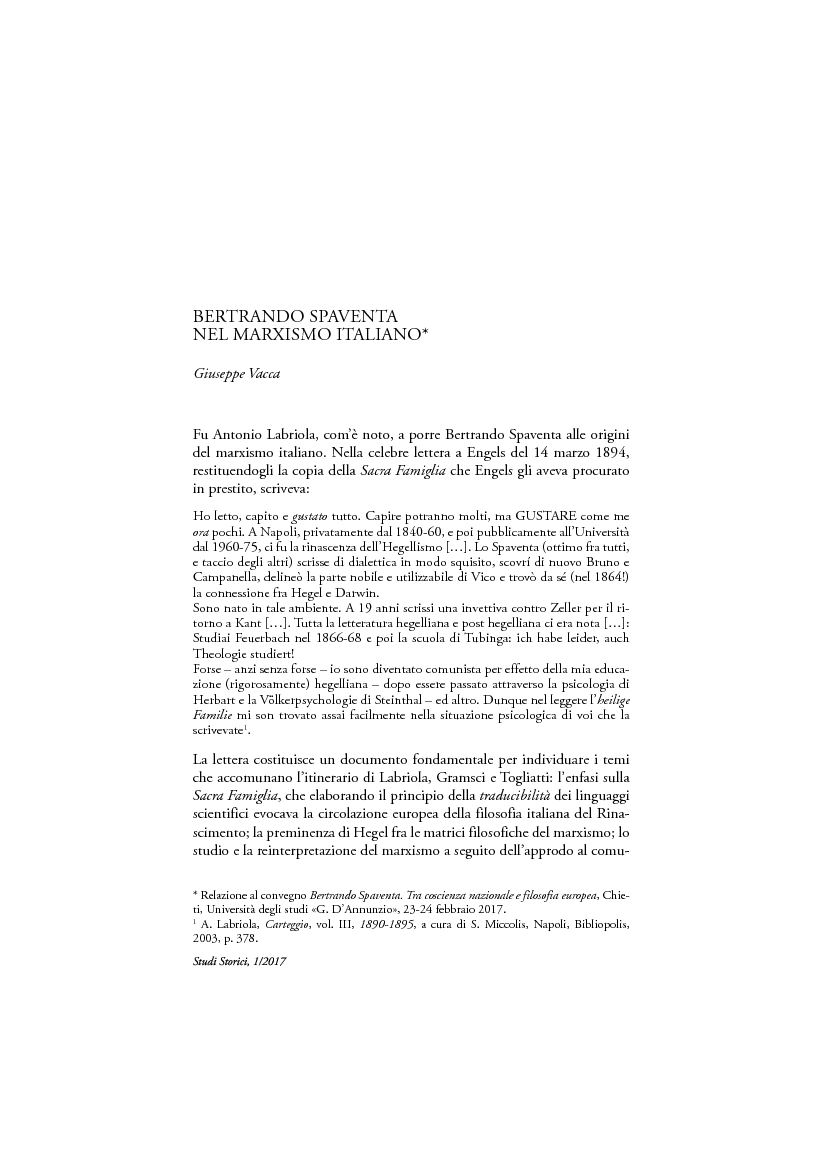