This essay is dedicated to the figure of Anatolij Lunačarskij, future minister of culture of the young Republic of the Soviets, during the 1917 Revolution. An Internationalist Social Democrat as he liked to define himself, Lunačarskij endeavoured in vain in 1917 to mend the laceration between the two wings of Russian Social Democracy, the Bolsheviks and the Mensheviks, in the belief that only the unity of the Left could, in the dramatic state of revolutionary Russia, keep the country from slipping towards Bolshevik dictatorship and civil war. A little-known source - namely letters to his wife in Switzerland - casts light on the lucid and distressed perception that Lunačarskij had, beginning with the tragic July Days, of mounting anger from the bowels of society, and of a situation that was inexorably precipitating with gradually shrinking margins of choice for the various players. 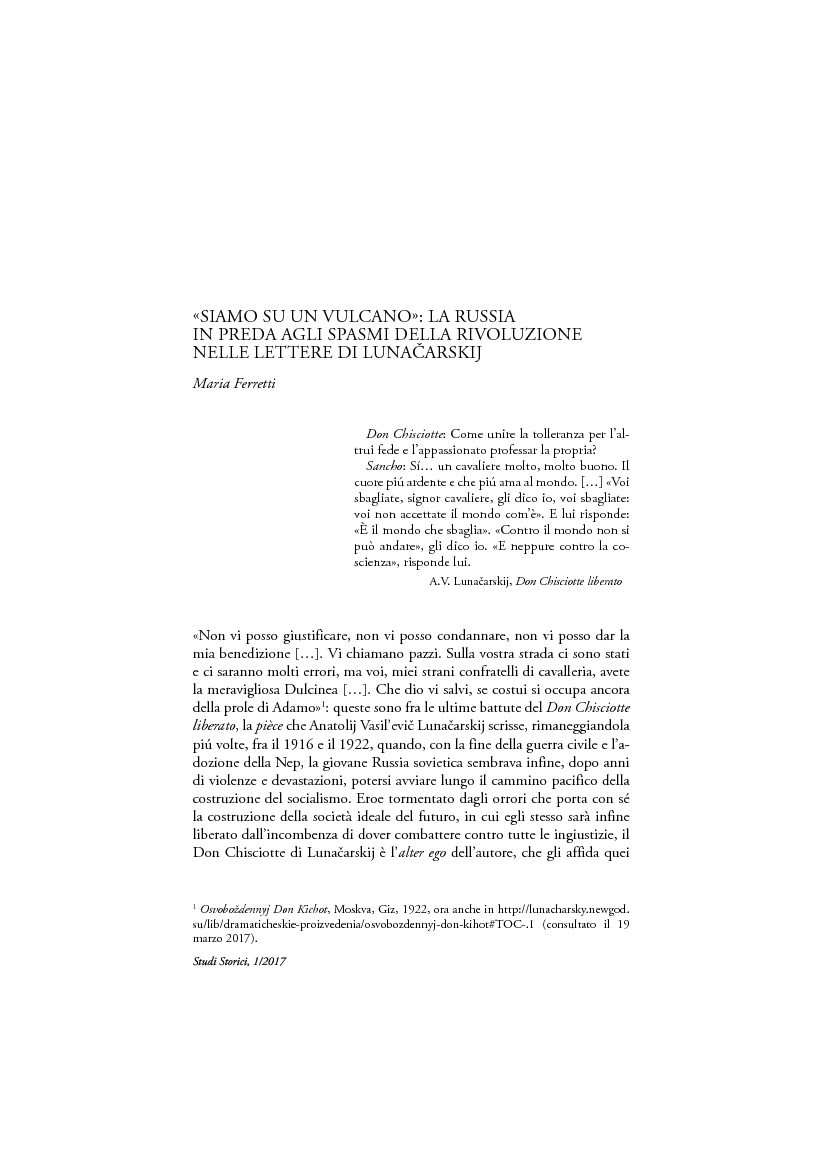