In the long period between the tenth and twelfth centuries, an important political and institutional evolution took place: a new form of collective government (the commune) arose in the cities of northern and central Italy, and at the same time autonomous lordships, focused on castles, crystallized in the countryside. They were powers that inevitably competed for political control over the territory and above all for control over economic resources. This paper therefore deals with "incastellamento", analyzing it from a specific point of view: the relationships between cities and the castles built in their districts. Through analysis of the Tuscan situation and comparison with other particularly significant case-studies (Rome, Ravenna, Genoa, Milan, and Verona), the development of fortified settlements during the first phase of "incastellamento" (tenth-eleventh centuries) in the areas closest to the cities will be examined, followed by the changes that these networks of settlements underwent with the expansion and consolidation of urban power over the countryside (twelfth century). 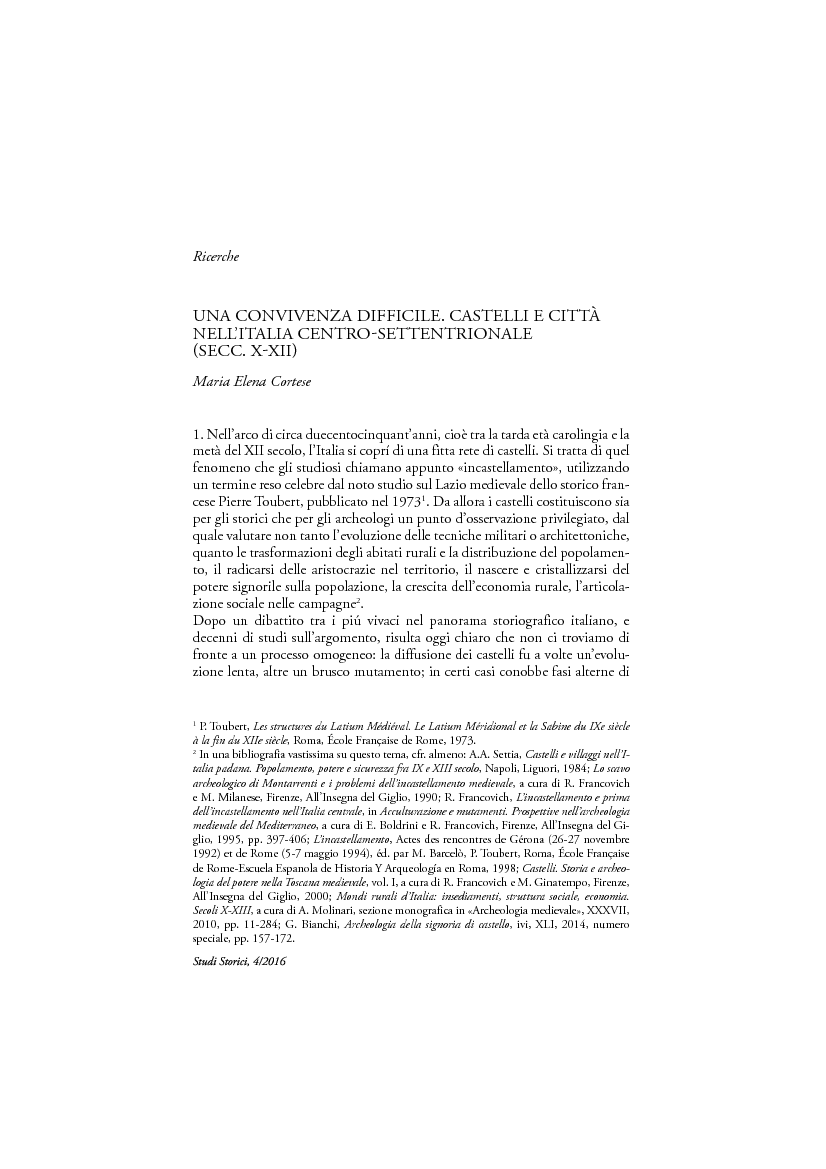