This article analyses the chapters dedicated to Pennsylvania in book XVIII of "Histoire des deux Indes" by Guillaume-Thomas Raynal (1770, 1774, 1780). These pages - to which Denis Diderot made a contribution as well - became fundamental for the construction and circulation of the "mythe philosophique" of the «good Quaker». In "Histoire des deux Indes", the representation of the colony founded by William Penn deals with the complexity of the relationship between utopia and reform in Enlightenment political thought. Raynal reintroduces the myth of the «good Quaker», developed by Voltaire in his "Lettres philosophiques" (1734), in a more radical context. His work describes European colonial expansion and its development as a political and philosophical history about freedom; freedom, at its peak in fifteenth-century Europe, had now moved to Northern America. Pennsylvania, the Quakers' colony, is described as a society based on freedom and religious tolerance. It was a kind of utopia made real, thus becoming the instrument for denouncing the lack of freedom in Europe and outlining a design for society in which «la liberté de penser en hommes», an essential condition for political virtue, could be guaranteed. 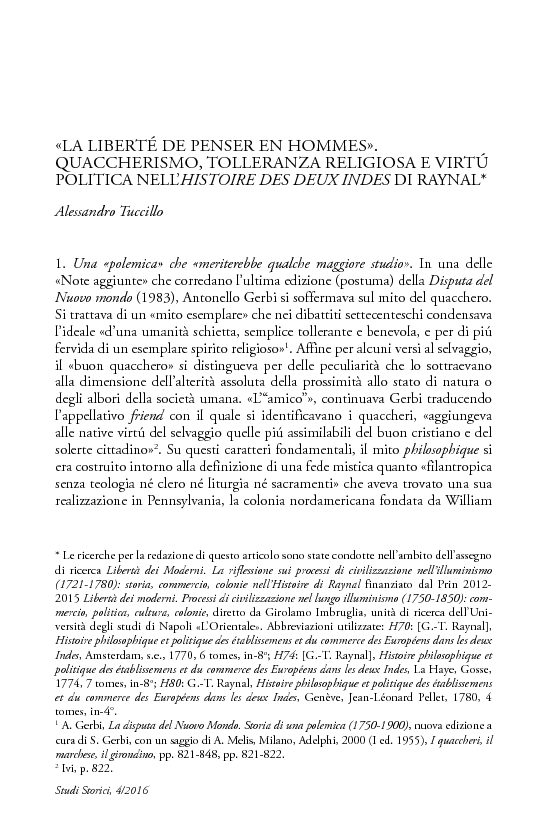