In the decades at the turn of the twentieth century, Socialists and Catholics in Germany stood at two opposite poles of a propaganda battle over the possibility of osmosis between their respective milieus. According to the former, a "Katholik" had several reasons for being a "Sozialdemokrat" as well; for the latter, on the contrary, Christianity and Socialism were two elements of an irreconcilable antithesis: this idea was conveyed through a series of publications that continued until the first postwar period. While the Catholic point of view seemed very clear theoretically, in practical terms things were far more complicated. What attitude should Catholic priests take towards those believers who sympathized with the socialist ideal or had embraced it, and nonetheless wanted to continue their life within the Church? This paper investigates this question through the case-study of the Diocese of Mainz, where some parish priests in the early twentieth century wondered as to the advisability of absolving, in the confessional, readers of socialist newspapers, and of granting church burials to SPD militants. It then considers the postwar situation, when the German episcopacy decided for the first time to intervene as a body in order to determine guidelines for the pastoral care of Socialist Catholics. 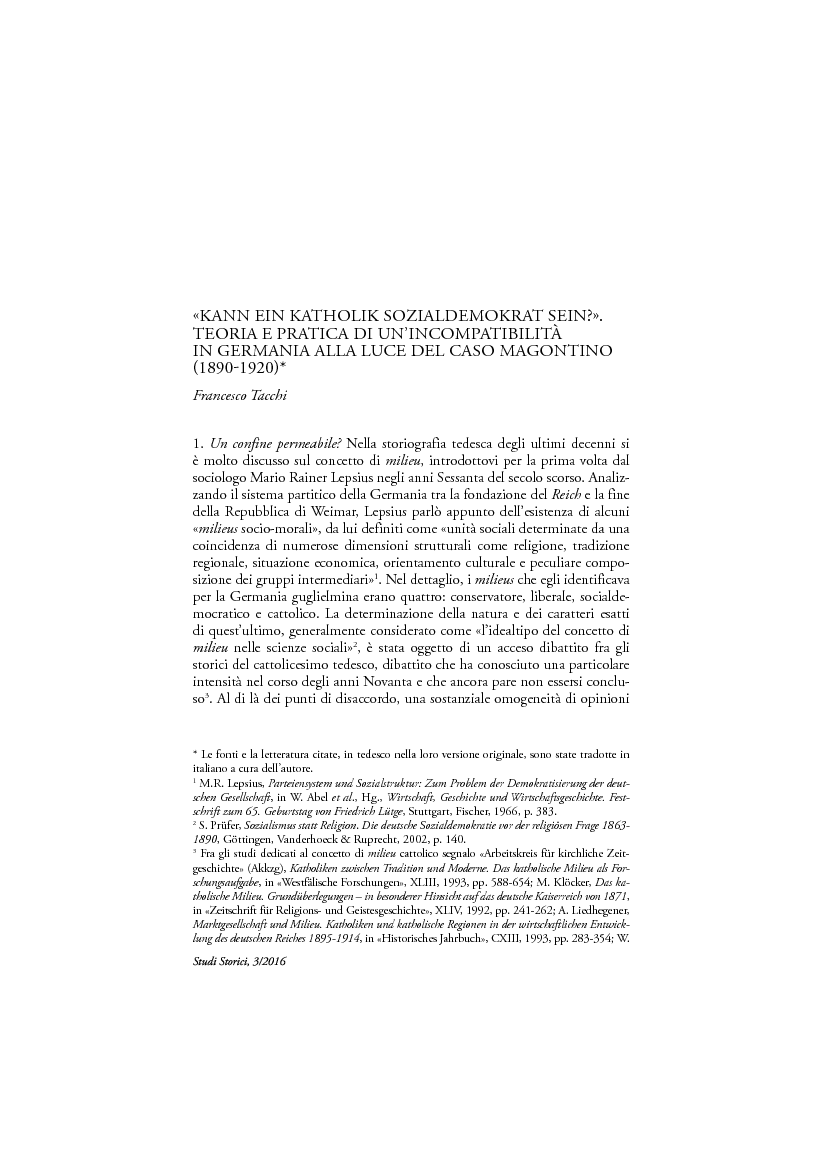