This paper focuses on an old and forgotten book which, even at the time of its publication (1948), garnered no special attention. The book, Questa Italia, written by Roberto Ducci, who was to become one of the most important Italian diplomats of the first thirty years of the Republic, offered an initial, brief reconstruction of the historical parabola of fascism. Ducci proposed an original interpretation of the historical role that fascism had played in the first half of the twentieth century. He featured one of the earliest portrayals of Italian fascism as a «mass regime», and believed that fascism had been a manifestation of the historical transition from liberal to new forms of «state economy»: a still ongoing transition in the post-war decades, of which the Beveridge Report and the 1945 Labour government constituted the most significant variations on the democratic side. Thanks to the analysis and interpretation of the previous thirty years, Ducci drew conclusions about the future: the decay of the Nation State and the need to respond to its crisis by promoting the integration of spaces and the creation of new centres of supranational authority, in the perspective of a «world government» or at least of the United States of Europe. Through an analytical approach, the paper reconstructs the contents of the book, by relating it to the author's own intellectual itinerary, in which he had served as a young man in the fascism's left wing and eventually became a fervent supporter of European integration. 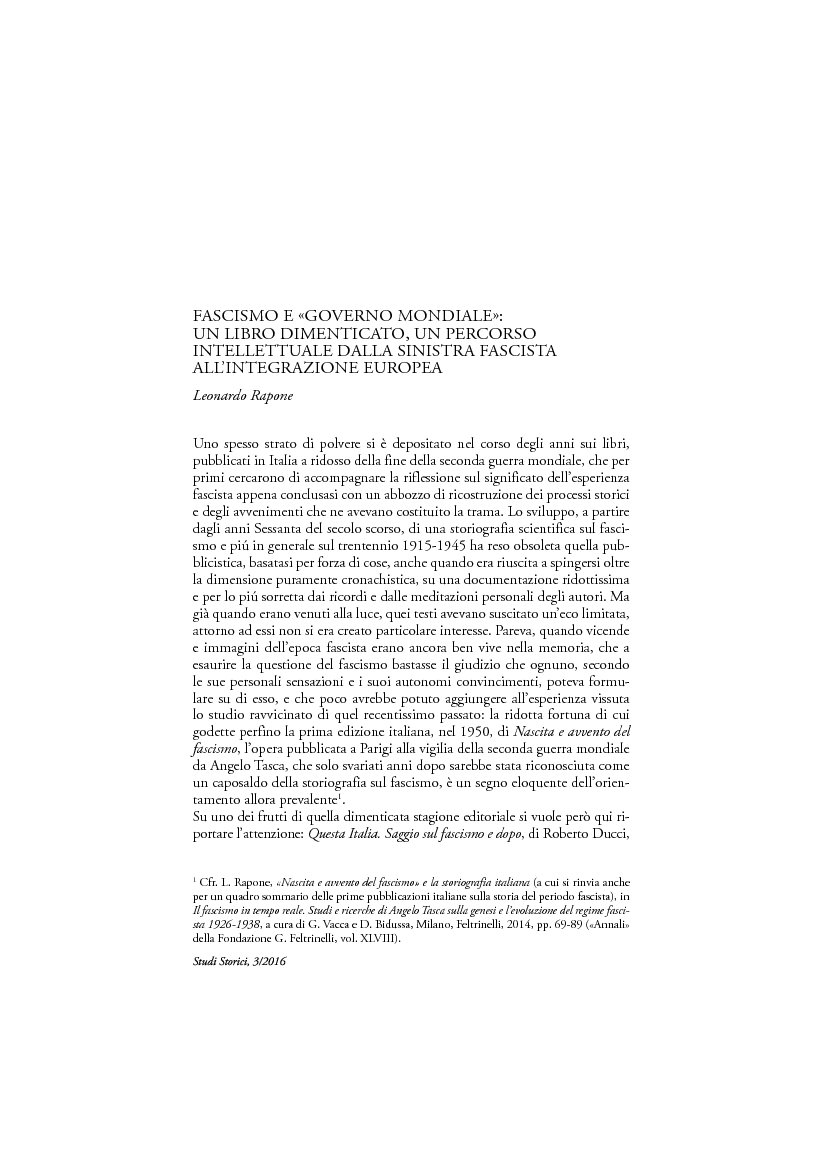