As is known, after the Council of Constance, Popes endeavoured to increase the Papal State's temporal revenues as much as possible through a reorganization of the financial administration, both central and local, at the expense of the remaining powers of the municipalities in the papal lands. An example of this may be seen in the customs duties on pastures in the Patrimony of Saint Peter in Tuscia, of increasing importance due to the considerable growth of livestock, and especially transhumant livestock, during the fifteenth century. Customs officers (and, at a higher level, Popes) also tried to restrict the Municipality of Orvieto's rights to the pastures in its territory, over which Orvieto had always enjoyed significant autonomy. Some measures, especially by Pius II and Paul II from 1460 to 1466, can be seen in this perspective, concerning both papal lands in general and Orvieto pastures in particular. But the effects of these measures during the following decades, as regards Orvieto's autonomy in this matter, are unclear and require further study: if indeed under Innocent VIII this process of progressive control by the Church over Orvieto's pastures appears to have been complete, during the pontificate of Alexander VI, however, Orvieto seems to have recovered its traditional autonomy in this sphere. 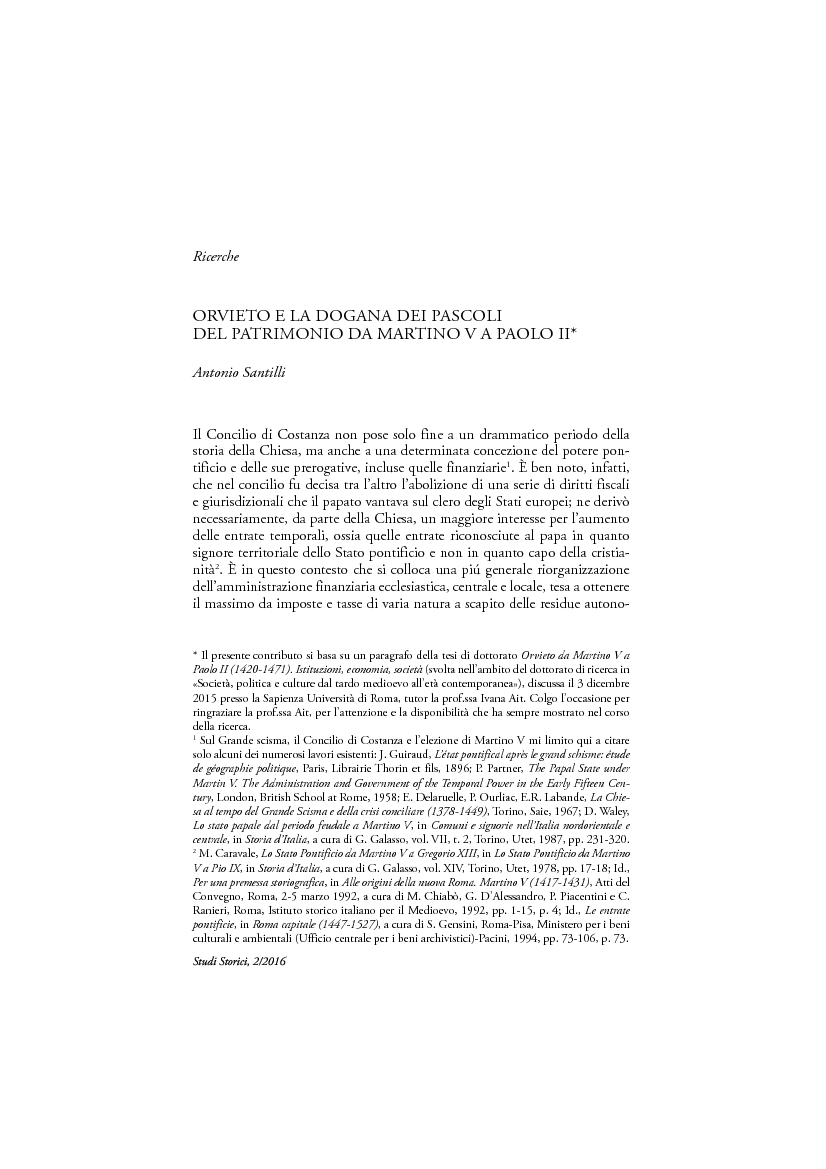